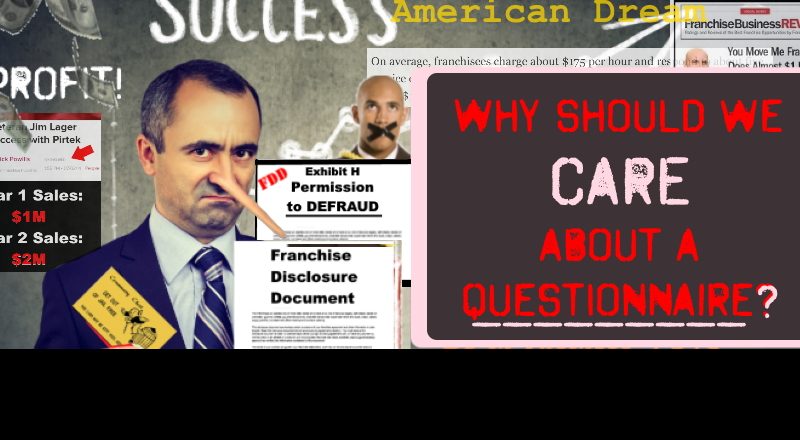 Share this link on social media & invite all to join in:  UnhappyFranchisee.Com/NASAA-Townhall

2022 is the Year of Franchise Truth… so share a comment, opinion and/or rant… the industry, state & federal regulators are listening!

REQUEST FOR PUBLIC COMMENT: PROPOSED STATEMENT OF POLICY REGARDING THE USE OF FRANCHISE QUESTIONNAIRES AND ACKNOWLEDGMENTS (PDF)

Former FTC prosecutor Peter Lagarias provides a concise overview of the NASAA SOP issue & why it should be adopted.

“The result of signing seemingly innocuous statements is that franchisees routinely give up all of their legal rights—forever.”  – Howard Bundy

Sean Kelly shows how many prospective franchisees have received illegal earnings claims… but don’t know they came from the franchisor.

“Potential Franchisees are fed a seemingly endless stream of ‘positive press’ that often flies in the face of information provided in the Franchise Disclosure Document.”

“In today’s digital world, it’s way too easy for would-be franchisees to get “earnings” information from sources that aren’t vetted, or in some cases, from disinformation campaigns…”

“Questionnaire and Acknowledgement[s]… are nothing more than Legal SealClubs used to keep the Franchisees at bay.”

Is it proper – and legal –  for franchisor attorney, mediator & NASAA advisor David Kaufmann to issue a restraining order to keep franchisee Jim Lager from sharing his opinions with NASAA?  And previously preventing him from participating in the FTC’s review of The Franchise Rule?

This is the letter former franchisee Jim Lager was ordered not to submit to NASAA despite its not naming the franchisor.

Lager decided to defy Kaufmann & submit it anyway.  He notified NASAA about Kaufmann prohibiting his participation:

He decided to also share this year-old letter he was told he could not submit to the FTC December, 2020:

Franchisee Jim Lager’s Letter to the FTC re: The Franchise Rule

Jim Lager sent a letter to NASAA asking if he can be excluded from discussion:

In 2020, A Franchisee Was Ordered Not to Submit Comments to Federal Trade Commission (FTC)

Here’s Lager’s letter to the FTC regarding Kaufmann’s order:

Documents and related letters have been released exclusively through UnhappyFranchisee.Com.

Media credits should include UnhappyFranchisee.Com & link.

We welcome comments and clarification from David Kaufmann, Michael Joblove, PIRTEK USA as well as the franchise regulators of NASAA and the FTC. 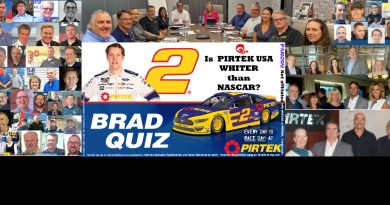