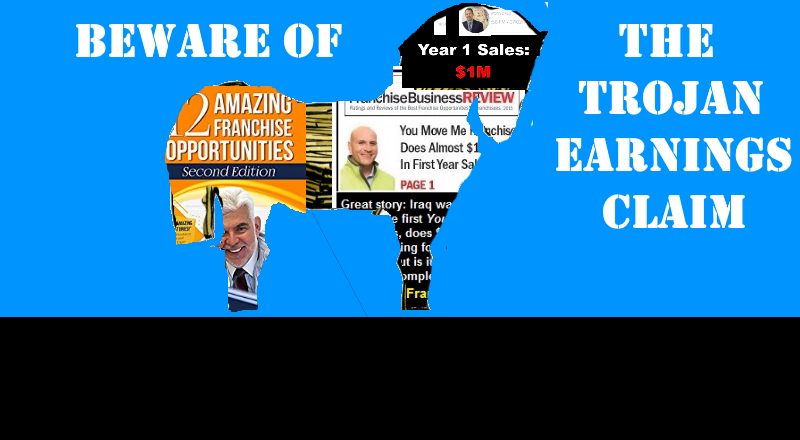 “Trojan Earnings Claims” are planted by clever franchisors & their teams in seemingly legitimate publications.  When franchisees are asked in questionnaires (written by their clever franchisor attorneys) if they received additional earnings information from the franchisor, of course they reply “No.”  Hopefully, NASAA will put an end to this nonsense.  by Sean Kelly, Founder, Franchise Truth

(UnhappyFranchisee.Com)  North American Securities Administrators Association (NASAA) is considering adoption of S.O.P language that would disallow the use of franchise questionnaires and acknowledgements to be used to dismiss fraud claims by franchisees against franchisors.  To put it simply, franchisors use these questionnaire to ask franchisees two basic questions at the time of signing:

1)  Did you receive any improper information outside of this FDD document in the course of your franchise due diligence and,

2) did you rely on that information when deciding to sign the franchise agreement?

If the franchisee wishes to proceed, they must answer “No” to both.

If the franchisee later realizes that they have (or may have) been misled or fraudulently induced into buying the franchise, the franchisor’s attorney can use the questionnaire response to show that the franchisee previously swore they had not relied on anything outside the FDD.

It’s what former FTC prosecutor Peter Lagarias refers to as a franchisor “Get Out of Jail Free” Card.

Franchisee claims will typically be dismissed at that point without even being reviewed, even where state anti-fraud and non-waiver laws may apply.

Deceptive franchisors and their highly paid attorneys are a clever, clever bunch.

Once they’ve thoroughly deceived a franchise prospect, at the very moment their trust in the franchisor is highest it will ever be, they ask them to sign a paper saying they haven’t been deceived.

The franchise prospect has no idea that this friendly franchise industry tolerates and promotes an entire industry-within-the-industry of pay-for-praise publications and organizations that provide false badges of credibility (such as bogus rankings and awards) and distributes well as propaganda and illegal earnings claims disguised as journalism or expert analysis.

No doubt, franchise prospects had no idea that the “due diligence” research using “reputable” media and reports contained illegal Trojan Earnings Claims (TEC) seeded by the franchisor or their minions.

KNOW A TROJAN EARNINGS CLAIM WE SHOULD ADD?  POST BELOW OR EMAIL US.

We declare 2022 “The Year of Franchise Truth!”  Want to join us?  Leave a comment.  Send us an email.  All viewpoints welcome.  Confidentiality protected.

AND ON A LIGHTER NOTE, Here’s the Testimonial we’d like to see for our friend Dr. John Hayes, the head of the Palm Beach Atlantic University’s Titus Center for Franchising.

The Titus Center is (no joke) named after Roy Titus, father of UFG’s Ray Titus, one of the founding fathers of franchise fraud & honored recipient of the FTC’s prestigious Permanent Injunction.