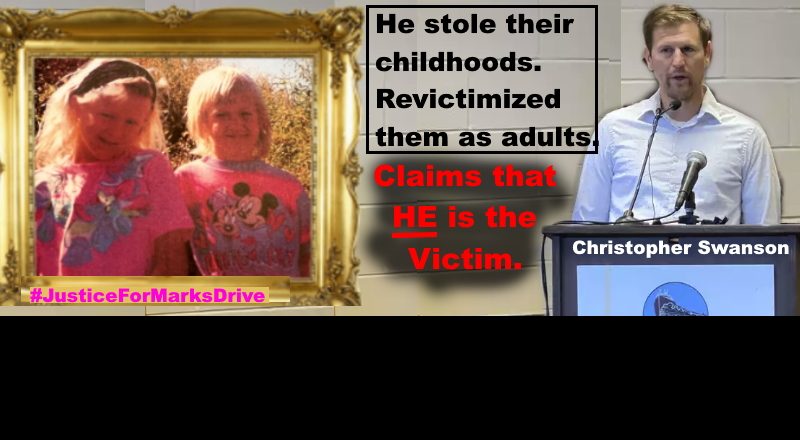 Chris Swanson, the ousted Mayor of Two Harbors, MN, abused a 5-year-old girl and continued to retraumatize her family with his indifference, silence and misrepresentations for 30 years.  As Mayor, Two Harbors citizens claim he abused their trust through his manipulation, lies, shady self-dealing and backroom deals in an effort to finance and build a mini-empire of local businesses & organizations, often in the names of his young daughters, his wife or friends.

On Tuesday, August 9, Two Harbors voters will end his abusive reign as mayor midway through his second term.

This page provides the interactive story of the inspiring grassroots movement, energized by sexual abuse survivors, their families, their friends, their supporters, local residents, bloggers and reporters – many of whom have never met – who came together to expose the lies of a powerful bully, strip him of his power, offer him the opportunity of redemption, and caution all future potential victims. 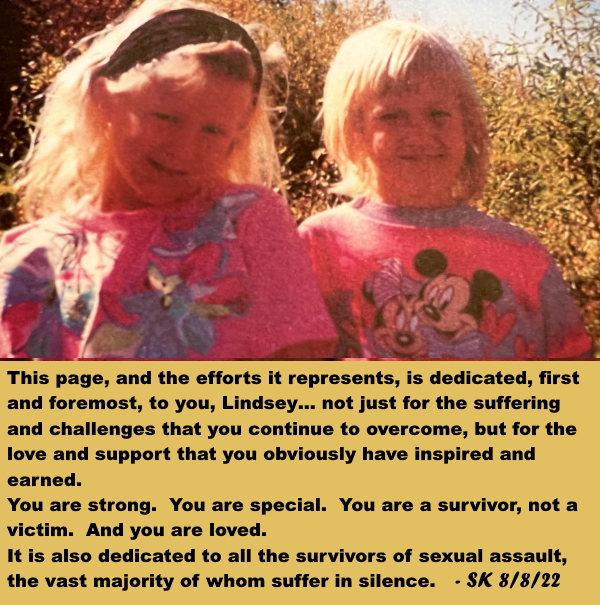 In an interview with the Star Tribune’s Christa Lawler, soon-to-be-ex Mayor Chris Swanson reluctantly acknowledged that he was arrested, charged and found responsible for sexually assaulting a 5-year old child when he was 15 years old.  Two days before the recall election that will end his failed mayorship midway through his 2nd term, Chris Swanson continues to express neither remorse nor compassion for his victim or the family whose lives he has ruined.  The Star Tribune story’s final line reflects Swanson’s consistently unflappable and unjustified arrogance:  “’I am a success story.’ he said.”  by Sean Kelly

Forcing the litigious and disgraced soon-to-be-ex Mayor of Two Harbors, MN, Christopher Swanson, to finally acknowledge that he sexually violated (at least) one 5-year-old girl when he was a teenager has been a long and painful group effort led by the abuse survivor’s family, childhood friends & supporters under the banner #JusticeForMarksDrive.

Chris Swanson’s grudging acknowledgement of his repeated crimes against pre-school-aged neighbor Lindsey Christenson in the Marks Drive neighborhood of nearby Silver Bay, witnessed by her 6-year-old sister Melissa, was published in the Star Tribune:

On June 13, 2022, Melissa Christenson Giles shared the painful truth that then-15 year old Chris Swanson raped her 5-year-old sister by 15-year-old Chris Swanson and recent victimization of the family…   Chris Swanson, who is the current  Mayor of Two Harbors, refuses to even acknowledge the accusations.

June 20, 2022 Open Letter to Two Harbors City Council: Which Side Are You On?

July 15, 2022  While under contract with Ruth’s Vegetarian Gourmet, Mayor Swanson advocated for their expansion project with city

May 23, 2022  PureDriven Struggles (Poorly) to Build Trust Despite Owner’s Controversies

May 26, 2022 SLAPP-HAPPY Does Droel Law in Minneapolis Have Ethical Standards? Does It Enforce Them?

May 31, 2022 Attorney Brendan Tupa No Longer With Droel Law

How We Fight Bullies With Parody & Humor 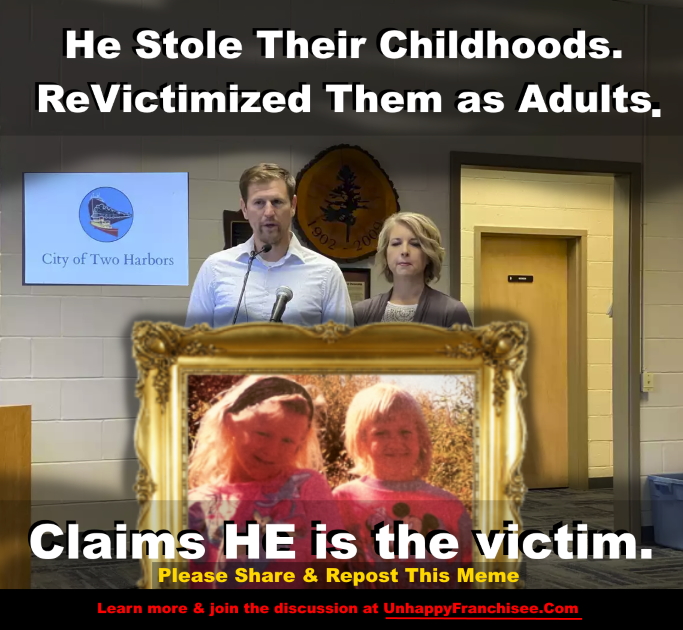 How’d a PA-based franchise blog come to fight a small-town bully in Minnesota?  Sean Kelly, publisher of UnhappyFranchisee, first became aware of the controversy in Two Harbors during his investigation of PureDriven, Swanson’s franchise marketing company.  A staunch advocate of free speech with a track record of vanquishing bullies, he initially focused on supporting blogger John Ramos withstand Swanson’s legal attacks.  He mocked Swanson’s underwater hotel venture with a musical parody.  Then, after speaking to the gutsy and relentless forces of nature Greg & Nancy Christenson and Melissa (Christenson) Giles (watch their videos below), (along with ninja sisters Jen Nifer & Steph Lee) the #JusticeForMarksDrive movement became his focus and priority.

Please support #JusticeForMarksDrive by visiting, reading and sharing the links above.