PureDriven markets its digital marketing services to franchisees with the claim that it’s “Bringing Trust… to an Industry Built on Lies.”

Combine Twin Peaks, Ozark and add a dash of Schitt’s Creek and you still won’t rival the ongoing and escalating shitshow PureDriven founder has created as mayor of tiny Two Harbors, MN (pop. 3,529). 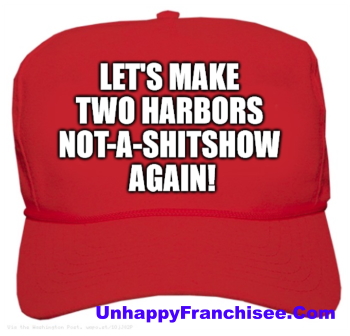 Two Harbors Mayor Christopher Swanson has been constantly in the news for wanting to convert the town’s finances to cryptocurrency, his fundraising campaign to finance a $400M underwater hotel in frigid & turbulent Lake Superior, endorsing and promoting his shadowy mentor Mr. O (the world’s most extroverted reclusive billionaire) who is purportedly a convicted con-man, allegations that Swanson used his public office to promote his own business interests.

Oh, and his attorney representing an unnamed supporter (“John Doe”) is suing the city and nearly everyone in it over the two recall petitions by fed-up residents seeking a return to post-shitshow Two Harbors.

(That would be a good slogan for the next mayoral candidate:  Let’s Make Two Harbors Not-A-Shitshow Again!)

At some point, it appears that PureDriven employee & President told his staff “Let’s Tell People Our Owner Isn’t Part of The Company So They’ll Trust Us!

When President Jason Sunday told me that “Chris Swanson is no longer with our company…,” he quickly admitted (when confronted with the corporation’s registration) the embattled mayor of Two Harbors, MN is still owner of PureDriven, just not CEO.

I let it go as a quick, unpremeditated attempt at spin.

Sean, Chris Swanson is not the CEO of PureDriven.  He was removed from this position months ago.

Chris Swanson is no longer with PureDriven and we would appreciate you removing this article as it does not pertain to our company.

And I think that no one other than PureDriven employees would claim an owner is “not part of the company.”

Especially when Chris Swanson is plastered all over the Internet with podcasts, videos, interviews as the company spokesperson.

PureDriven claims Chris Swanson is no longer involved with the company, but the still promote the company with 90+ YouTube podcasts called “All Things Marketing” or “ATM.”

Even worse, 86% of the digital marketing company’s ATM podcasts have fewer than 10 views.

That means even the guy who uploaded it didn’t watch or listen to them.  Or the host.  Or Chris Swanson.  Or clients.

In two years, PureDriven has generated 8 subscribers and proven results like this:

* At least two of these views were mine.

3)  PureDriven Owner Chris Swanson Should Follow His Own Advice?

In June, 2019, on the company’s “All Things Marketing” podcast, PureDriven CEO and Head of Franchise Development Christopher Swanson shared his strategy for how business owners should respond to the “gut-punch” of negative reviews and online criticism.

In the YouTube video titled “How Do You Deal With Negative Comments and Reviews on Social Media?” CEO Swanson shared these wise points with me and at least two other viewers: 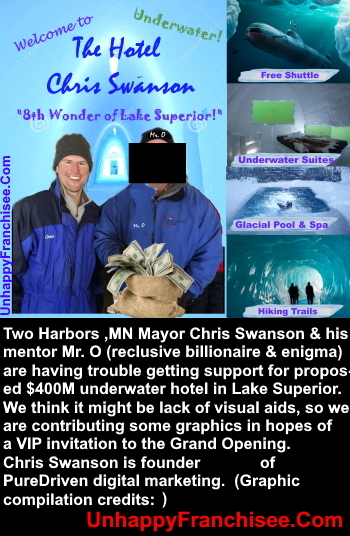 Gone is the idealistic 2019 Chris Swanson who engages the critic, makes it fun and is willing to laugh at himself.

Sadly, 2020 Christopher Swanson now appears to be a public official willing to crush the First Amendment rights of those who question, criticize or publicly embarrass him.

In my non-lawyers but learned opinion (which, as you’ll recall, is not defamatory), Swanson’s suit is a classic SLAPP and would likely be dismissed as such in a state with strong anti-SLAPP laws, such as California.

The Public Participation Project explains the meaning of SLAPP:

SLAPPs are Strategic Lawsuits Against Public Participation.  These damaging suits chill free speech and healthy debate by targeting those who communicate with their government or speak out on issues of public interest.

SLAPPs are used to silence and harass critics by forcing them to spend money to defend these baseless suits.  SLAPP filers don’t go to court to seek justice.  Rather, SLAPPS are intended to intimidate those who disagree with them or their activities by draining the target’s financial resources.

Nothing hurts your credibility like a clumsy attempt to hide a basic truth with an easily exposed half-truth.

The half-truth may be worse than a well-executed lie, as it not only insults the listener’s intelligence, it exposes the marketing company’s inability to mask insincerity. 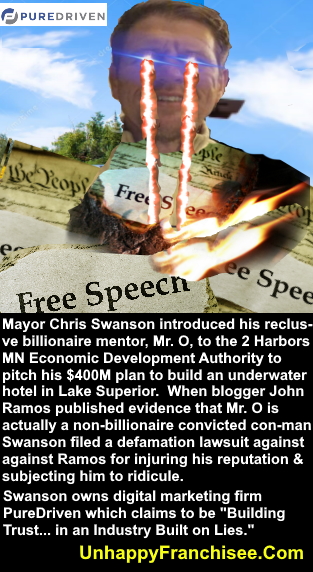 So Jason Sunday has an opportunity to show that he has the trustworthiness and belief in truth to allow PureDriven employees to honestly discuss and share their opinions of their owner/founder’s actions without trying to spin.

It would be a great testament to the power of truth professed by proclaimed Christians like Jason, Chris Swanson and many Swanson reporters.

As mayor Christopher Swanson said in his ATM podcast, one should approach negative situations as learning opportunities and a path to a positive outcome. 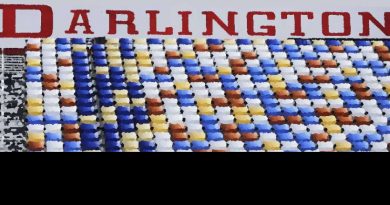