(UnhappyFranchisee.Com)  Do you dream of owning a New York style bagel café & deli?

Here’s a secret:   You don’t need a franchise to start your own NY Bagel Café & Deli, though a variety of legitimate franchises (and at least one illegitimate one) are available.

If no one in your trading area has prior use, you can probably even name your independent business NY Bagel Café & Deli, since no one owns the federal trademark for that name.

And, thanks to a licensing and wholesale program by the world’s leading baker of genuine, New York kosher bagels, you can get startup support, equipment and layout guidance, marketing materials, and a full product line of delicious, ready-to-bake bagels and other bread products.

We have warned our readers about an outfit that is advertising on Craigslist and elsewhere named NY Bagel Café, run by a man named Joe Smith.

You can read more about them here:  NY Bagel Café Franchise Scam Overview.

(If you have sent this group money or your contact information, you should email ADMIN at UnhappyFranchisee[at]gmail.com]

Some who had looked into Joe Smith’s NY Bagel Café & Deli franchise scheme and decided against it (before they signed a franchise agreement or sent money)  asked us:  what legitimate alternatives are there for someone wanting to open a New York Bagel Café & Deli.

The first thing we tell them is that it appears anyone can use the name “NY Bagel Café & Deli” or “New York Bagel Café & Deli” unless there is someone in the trade area already using it.  Of course, check with an attorney, but Joe Smith’s NY Bagel Café admits in their franchise documents that they do not have a federal trademark for that name:

In the registration process, the USPTO expressly required us to disclaim exclusive rights to the name “NEW YORK BAGEL CAFÉ & DELI” apart from the Mark as shown above, because in the opinion of the USPTO the words “New York Bagel” were too descriptive in nature to be claimed as a trademark by anyone. This means that other businesses in your area may be using the business name “New York Bagel” with or without the words “café” or “deli”, and neither you nor we are likely to be able to stop their use of that business name.

The second thing we tell them is that the New York bagels sold in the franchise locations of Joe Smith’s NY Bagel Café & Deli do not seem to be proprietary – they appear to be publicly available to other bagel sellers, franchise or independent.

An article about the NY Bagel Café  in Houma, LA stated:

Sonya Ohlmeyer of Schriever, who spends back-breaking days at the shop with partner Tracey Hebert, spent a few minutes talking about… a prized secret…

The Davidovich Bakery in Woodside, Queens… is where the New York bagels for New York Bagels start out.

Just like bagels from any other well-maintained bagel store in New York, the bagel capital of the world, the bagels that end up in Houma are hand rolled, allowed to rest in their uncooked state, then boiled in that New York water and finally baked.

They are then shipped fresh each day to [the franchise location].

It turns out that not only can other bagel shop owners buy and resell the very same Davidovich bagels that are sold in Joe Smith’s NY Bagel Café & Deli franchise cafes, Davidovich Bagel bakery has a licensing program that helps entrepreneurs get started with their own bagel café businesses… with no franchise fees, no franchise royalties, and none of the restrictions of a franchise agreement.

Of course, for those who want the full startup and ongoing support of a legitimate franchise organization, there are a variety of options available, including: 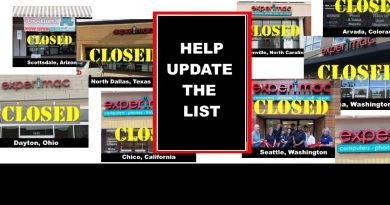