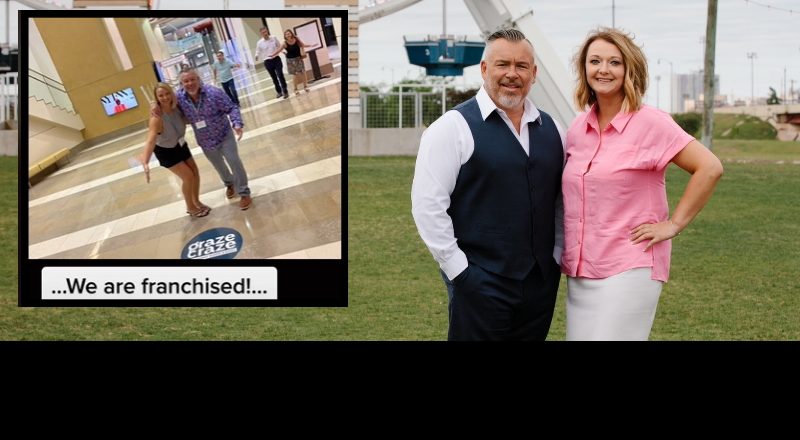 Kerry Sylvester is touted as the founder and minority owner of Graze Craze, the controversial franchise investment being promoted by United Franchise Group (UFG) and networks of franchise brokers including IFPG, Frannet, Transworld Business Advisors (TWA) and FBA.  Oklahoma Court Records and a PACER search reveal red flags about the solvency of Graze Craze… and whether UFG made all required disclosures to franchisees.  by Sean Kelly

After Unhappy Franchisee informed state regulators of this (and other errors and omissions), UFG submitted a revised FDD that included Kerry Sylvester as “Area Representative.”

Both 20221/22 FDD Item 2 Experience sections state that Kerry Sylvester is:

[And]
Chief Executive Officer of Graze Craze, Inc. since February 2020 which operates GCZ affiliate stores in Oklahoma and Florida

A search of court records on the Oklahoma Courts website and PACER reveal some disturbing potential material omissions on the part of United Franchise Group (UFG) as well as misleading and deceptive representations.

The FTC requires franchisors to disclose any bankruptcies of those disclosed in FDD Item 2 within the past ten years.

We have found a 2013 Chapter 7 bankruptcy filing for a Kerry L. Sylvester who lived in Moore, Oklahoma at that time.

In October, 2021 marketing company Insight Creative Group sued for breach of contract & fraud over $39,000 of work performed that Graze Craze hadn’t paid them for.

Properties in dispute include:

NOTE:  This list is public information from the Oklahoma Courts System & PACER.  Not all of these charges ended with a conviction.   We have removed items related to domestic abuse, protection from abuse orders, divorce & family court actions.

Is Graze Craze Lying That the Broken Arrow Location is “Coming Soon!”?

We’re not sure if the Broken Arrow location on West Stonewood Drive ever opened for business, but a Yelp! page with a single review indicates it may have. 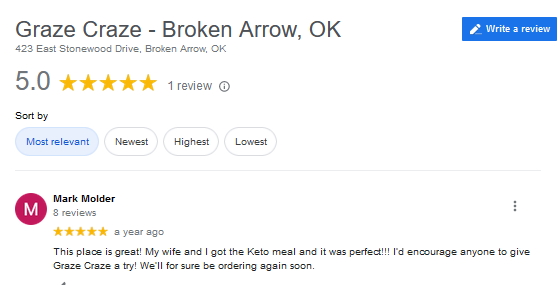 2) Unsuccessful Attempt: Nov 16, 2021, 1:07 pm CST at 3573 RIVERFRONT DR, NEWCASTLE, OK 73065
WHITE 4DR NISSAN SUV PRESENT BEARING TAG JVH028 (OK). LIGHTS ON IN THE HOUSE. KNOCKED ON THE DOOR AND A DOG
BARKED TWICE THEN IT DID NOT BARK AGAIN. KNOCKED ON THE DOOR SEVERAL MORE TIMES AND RECEIVED NO ANSWER NOR
DIDI HEAR A DOG BARK AGAIN. TRIED CALLING THE PHONE NUMBER PROVIDED TO ME BY THE MANAGER OF THE STORE THE
DEFENDANT OWNS. [redacted] AND AGAIN RECEIVED NO ANSWER.

3) Successful Attempt: Nov 18, 2021, 7:27 pm CST at 3573 RIVERFRONT DR, NEWCASTLE, OK 73065 received by GRAZE CRAZE,
INCORPORATED.  Two vehicles present. White SUV and a black Dodge pickup. Knocked on the door, received no response from anyone In the residence, Dog on the
couch barked for approx 2 minutes, Posted documents to the door and took photos.

So many questions, so little time!

Note:  UnhappyFranchisee.Com invites any individuals and companies (including UFG, Graze Craze, J.A. Jenkins & Kerry Sylvester) discussed on our site to provide corrections, clarifications, explanations & rebuttals which we will give priority attention.  We invite alternative opinions and interpretations in the spirit of free and open discussion.  We share public information and anonymous tips to better help you conduct your own investigations.  Please do your own thorough due diligence.

ARE YOU FAMILIAR WITH KERRY SYLVESTER OR JAMES ADAM JENKINS AKA J.A. JENKINS?  ARE YOU A UNITED FRANCHISE GROUP (UFG) OR GRAZE CRAZE FRANCHISEE?  A GRAZE CRAZE EMPLOYEE OR VENDOR?  PLEASE  SHARE A COMMENT BELOW!