The United Franchise Group (UFG) has launched a new franchise opportunity which is outrageous even by UFG standards.  The Graze Craze franchise features an unproven concept dependent on an unproven market, no track record, a useless earnings claim, a typo-plagued FDD, and a management team with no relevant experience located 1400 miles from its stores.  by Sean Kelly  As part of the “Behind the Curtain:  United Franchise Group.”

(UnhappyFranchisee.Com)  The United Franchise Group (UFG), based in West Palm Beach, FL, is, to an extent, a revolving door of franchise brands.

Their two main brands (Signarama, Fully Promoted formerly EmbroidMe) have been around for decades.

Others, like Billboard Connection, IZON Global Media, Plan Ahead Events, and, most recently, Supergreen Solutions seem to follow a pattern of being aggressively promoted and sold for a few years, suffer a high degree of franchise turnover, undergo a change of corporation, then disappear from the UFG without explanation.

Supergreen Solutions is in the late stage of this cycle, and Experimax (formerly Experimac) seems to be headed for the same fate.

To keep pace with the exiting brands, UFG adds new franchises to feed into its finely honed franchise sales machine, and to be added as inventory for its Transworld Business Advisors broker network.

The latest offering from the 35-year old franchisor is a doozy, even by UFG standards.

Graze Craze is the opportunity to make a 35-year financial commitment to a franchisor formed 3 months ago (March 17, 2021.  Erin go brae!)

According to the FDD dated June 1, 2021, they are pioneering a new concept in eating:

The franchised business is to operate a store specializing in grazing and charcuterie style cuisine under the brand name “Graze Craze®”.

Graze Craze is the innovator in an attractive food trend sweeping the nation known as “Grazing”.

Grazing allows people the flexibility to eat an entire meal or small portions of food during the course of the day.

The grazing style of eating provides you and your guests with a diverse meal plan in the form of a charcuterie style grazing box, platter or table that meets the individual needs and wants of everyone’s personal palette and diet

Ground Zero for this exciting food trend is apparently Oklahoma, where cows, horses and other livestock have been successfully utilizing this technique for generations.

Perhaps that’s what UFG means when it says it’s a “proven concept.”

We are a Florida limited liability company. We were formed on March 17, 2021. Our majority owner is UFG Holdings Group, LLC

We have offered franchises since June of 2021.

There are three (3) Graze Craze® Stores located in Oklahoma owned by an affiliate, Graze Craze, Inc., an Oklahoma corporation.

* Unless UFG has added a time machine to its state-of-the-art HQ, we assume they mean the stores opened in 2020.

Other fees can be added

The Graze Craze FDD discloses the management team of Graze Craze, which is cut and pasted from other UFG FDDs.

Not a single person listed in the management section is dedicated to Graze Craze or has any food experience.

The founder of the concept and principal of the affiliate company, Kerry Lee Sylvester, isn’t mentioned in the FDD.

Every one of the 23 listed as management appear to be involved with franchise sales or administration, not operations or support:

Graze Craze, the newest brand at United Franchising Group, is an already proven concept with 5 corporately run locations.
We focus on Charcuterie boards and boxes and are a truly unique franchise!
We are looking for and a hungry and driven person who has franchise operations experience in the hospitality industry.
This is a brand that we are very confident is going to explode over the next couple of years
and we want somebody who can help us make sure we grow a successful franchise system.

Must live in or be willing to locate to South Florida.

The Graze Craze FDD contains limited sales and profit numbers for the initial affiliate stores – none of which were open for a full year.

The net sales numbers don’t take into account the royalties, marketing and other fees (10%+) franchisees will pay, the debt service and interest on the franchise fee and buildout, and the higher rents and costs than a strip center in Oklahoma.

It also fails to point out that the period of time for these sales was the height of the pandemic… when many restaurants were intermittently closed.

It doesn’t not point out if there are other differences between these non-franchised locations operating before the launch of the franchise program and UFG involvement.

Our current research and analysis indicates that the transient UFG brands (other than Signarama and Fully Promoted) tend to last an average of 6-8 years before disappearing.

The troubled Experimax has already shown signs of being on the way to disappearing with the switch to a new corporate entity last year and stagnant franchise sales.

If you or someone you know is considering investing in an unproven franchise like Graze Craze, consider the following.

Proper business format franchising should be the licensing of a proven, successful business concept whose model, marketing and operational systems have been tested and refined over time.

Ideally, that concept would have been proven over the course of years, in good economic times and bad, as well as in a diversity of geographic and site locations.

The premise is that the time and battle-tested nature of the proven franchise model and support will more than offset the burdens imposed on the start-up business, which includes a significant upfront fee, ongoing royalties and marketing fees, and the loss of autonomy and control over key decisions, including vendor and product selection.

Franchises that saddle new business owners with the burdens and loss of freedom of a franchise but don’t provide powerful benefits and proven systems are almost always doomed from the start.

The worst franchises are those that dupe franchisees desiring the “hot new franchise” into being the test subjects of a concept prematurely franchised, one still in the experimental stage.

Do your research.  Question everything and everyone.  and always look behind the curtain. 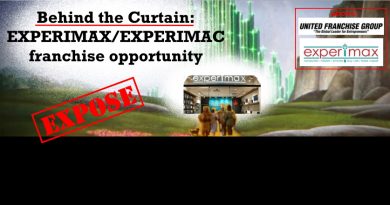 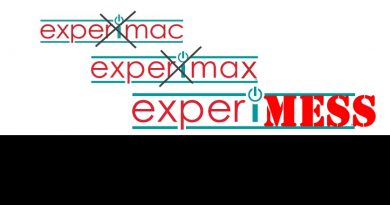