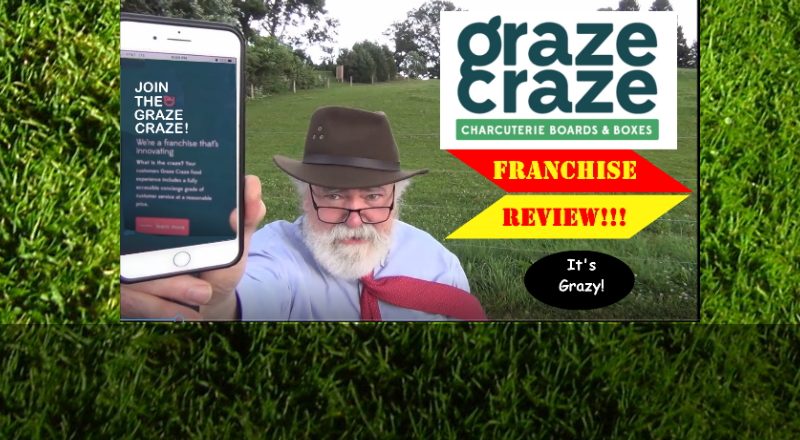 GRAZE CRAZE Franchise Review gives you the insider information about the HOT new franchise opportunity from United Franchise Group (UFG) and franchise titan Ray Titus.  Do not miss your chance to learn about the food trend that’s sweeping the nation – Grazing – and the company that’s putting the CUTE in charCUTEerie.  by Sean Kelly

In this Graze Craze Review, Sean Kelly provides a lively review of the Graze Craze Franchise Disclosure Document (FDD) and exclusive interviews with grazing experts and enthusiasts on location in Lancaster, PA.  Please share with others and let us know what you think!

Graze Craze is Revolutionizing Eating (& No, It’s Not Another Word for Snacking)

According to UFG CEO Ray Titus,

“Graze Craze is the innovator in an attractive food trend sweeping the nation known as ‘Grazing’.

Grazing allows people the flexibility to eat an entire meal or small portions of food during the course of the day.”

Americans have a new style of eating and Graze Craze is your chance to be one of the innovators.

What is the Grazing Style of Eating? UFG explains:

“The grazing style of eating provides you and your guests with a diverse meal plan in the form of a charcuterie style grazing box, platter or table that meets the individual needs and wants of everyone’s personal palette and diet, in relation to those who may have special health or medical eating requirements.”

In other words, no matter what one needs or want, the Graze Craze charcuterie box or platter provides it. Charcuterie will make everyone’s dreams come true.

To Get You in on This Trend Early, United Franchise Group (UFG) Skipped the Whole Proofreading Thing

United Franchise Group (UFG) Has 1600 Franchisees Worldwide And Over 1700 Former Franchisees in the U.S. Alone!

This review is part of the Behind The Curtain: United Franchise Group web series. For more information, visit UnhappyFranchisee.Com Comments and input invited below, or by confidential email to unhappyfranchisee[at]gmail[.]com.

NOTE: We are not affiliated with United Franchise Group (UFG) or any other franchise company or supplier.

Our opinions are our own and could be entirely misguided and incorrect. Set us straight.

Trademarks and copyrighted content are the property of their respective owners and used here under the Doctrine of Nominal Fair Use.

ARE YOU A UNITED FRANCHISE GROUP (UFG) FRANCHISE OWNER OR FRANCHISEE?  A UFG EMPLOYEE OR VENDOR?  ARE YOU A BROKER CONSIDERING SELLING THE GRAZE CRAZE FRANCHISE OPPORTUNITY?  SHARE A COMMENT BELOW!