Dr. John Haye’s latest book, “12 Amazing Franchise Opportunities – Second Edition,” has a 5-star rating on Amazon, with 16 out of 16 reviewers raving about it.  Online review analyzer FakeSpot casts doubt upon the authenticity of these reviews – and upon the honesty and ethics of author Dr. John Hayes and BizCom Press publishers Scott White, Monica Feid & Melissa Rubin.

All 16 reviewers gave the book a perfect 5-Star rating.

9 of those reviews were posted within 2 days of the book being posted – hardly enough time for an average person to read, digest and review a 202 page book.

2 of those reviews were written by employees of the publishing and PR company BizCom Associates. Despite Amazon’s rules against employees and publishers reviewing their own books, they posted using their real names.

BizCom Co-Founder and President Monica Feid gave the book she published 5-Stars, writing “Valuable for franchise investors  A valuable book that helps understand a ‘squishy’ industry. Because, as Dr. Hayes says, nobody is even keeping count of how many FDDs are out there. This book does the homework on a few, talks to experts about general evaluating guidelines, and helps people navigate a huge sector with so many different franchise opportunities.”

BizCom Vice President Melissa Rubin gave their book 5-Stars, writing:  “Highly Recommend This is a great resource if you are considering buying a franchise. Dr. Hayes does a good job of helping you decide if buying a franchise is the right decision, steps to take to properly investigate a franchise, questions to ask yourself and more.”

FakeSpot.Com is a free content analyzer that purports to scan and analyze reviews on product pages and report the percentage of reviews it deems to be authenticate.  It claims its algorithm is designed to detect characteristics that indicate comments by human shills or automated bots.  While opinions vary as to the accuracy of FakeSpot analysis, Fakespot’s opinion of the Amazon reviews of Dr. John Hayes’ “12 Amazing Franchise Opportunities: Second Edition” published February 9, 2018  is clear.

Fakespot neglected to flag highly suspicious commenter mswtex whose only other review was for another John Haye’s book “How to Buy Hot Franchises without Getting Burned” way back in 2013.  Tex, who evidentally has been lookng for a franchise for 5 years, wrote “Glad I found this book before making the wrong decision.” 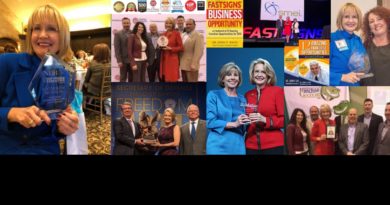