Franchise Seller Dennis Mason (aka Denis Maason, aka Keith Samuels) and founder Joe Smith provide prospective franchisees with an official-looking prospectus titled “NY Bagel Café Franchise Disclosure Document” that claims that NY Bagel is a fresh new bagel chain that’s grown from 0 – 14 stores with 0 failures.  We found evidence of 36 NY Bagel Café stores and have documented the truth about NY Bagel below.  Too many individuals and families learn the truth AFTER they’ve invested – and lost – their life savings to Mason & Smith.

The friendly franchise representative Denis Maason (real spelling Dennis Mason) told her that she and her husband could own their own NY Bagel Café franchise for only $17,500 – the company would finance the rest.

The opportunity sounded too good to be true… and it was.

Like most we spoke to who ended up in Mason & Smith’s well-practiced sales pitch, the couple only learned after they lost their money that they had been sold a franchise success story that doesn’t exist… and never did.

The woman – who contacted us through email and provided copies of the documents – told us Denis Maason sent her photos of beautiful bagel cafes he said were generating substantial sales.

He sent her an official-looking legal document that said the company had no lawsuits, and that they had grown from zero to 14 locations in the past few years with no closures.

She saw the listings for the 14 stores on the company website, with 6 more coming soon.

So she and her husband met with the nice Dennis Mason and the chain’s founder and President, Joe Smith, signed on the dotted line, and gave them their life savings, $17,500.

Dennis Mason explained that if, for some reason, they couldn’t get financing they would refund their $17,500 in full.

But don’t worry, Mason told them.  Financing should be no problem.

The couple was excited for the opportunity to build a better life for their family as NY Bagel Café franchise owners.

Once the check cleared, however, everything changed.  The nice people stopped being nice.  They gave them a runaround and never got them the financing they had promised.

They put them in touch with Howard Fichman who suggested they finance their investment by having him sign them up for a bunch of high-interest credit cards.

When the lady asked for her $17,500 to be returned, as guaranteed in their franchise agreement, Dennis Mason and Joe Smith turned nasty and threatened legal action.

Then the lady came upon UnhappyFranchisee.Com and learned that everything that sales rep and President Dennis Mason had told her were lies – lies they’ve been telling for years and getting away with it.

The couple learned that they were victims of what may be the perfect con.

The document is made to look like the Franchise Disclosure Document required by the FTC and prepared and distributed by all legitimate franchise companies.

However, much of the information in the NY Bagel FDD appears to be blatantly false, and key FTC-required information is missing.  The falsehoods and misrepresentations contained in this document were exposed in an investigation by the Maryland Attorney General (read NY BAGEL CAFÉ Franchise Fraud Investigation by MD Attorney General ), but Smith and Mason continue to use the same bogus document from year to year, with few changes.

For example, franchisors are required to provide prospective franchisees with the number of stores they’ve opened and closed in the previous 3 years.

We analyzed an Internet archive of the “Locations” page of the NY Bagel Café website going back to 2007. Why do they say that they had no closures in 2012?

Why do they say that they had no closures in 2013?

Why do they say that they had no closures in 2014?

However, we have recovered an archived screenshot of the NY Bagel Café website’s location page from April 23, 2012.

See how the NY Bagel Cafe Location List appeared on 4/23/12: NOTE:  We have compiled the lists of locations from public sources and spent many hours trying to make them as accurate as possible.  No doubt there are some errors or mistakes; please take it as a general overview subject to corrections.  We have contacted Joe Smith, Dennis Mason of NY Bagel Cafe repeatedly asking for input, corrections or clarifications but rarely get a response.  Joe Smith has stated that generally what we print is incorrect but ignores our requests for specific corrections.  We continue to invite comment or corrections from the company or others in-the-know.

Read Part 1 of this series to see how NY Bagel Café maintains the illusion of 14 open locations on its website, despite the fact that all but 6 have closed.

Have you given money to NY Bagel Cafe, Dennis Mason or Joe Smith and not been able to get financing or open a store? Contact us in confidence at UnhappyFranchisee[at]gmail.com. ARE YOU FAMILIAR WITH NY BAGEL CAFÉ, THE NY BAGEL CAFÉ FRANCHISE OPPORTUNITY, JOE SMITH OR DENNIS MASON? PLEASE SHARE YOUR OPINION BELOW or Contact UnhappyFranchisee.com

Read our 5 most important posts on the NY Bagel Café scam: 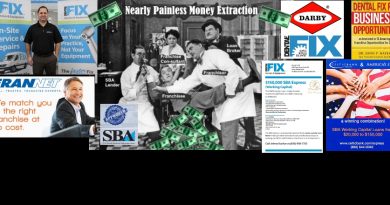