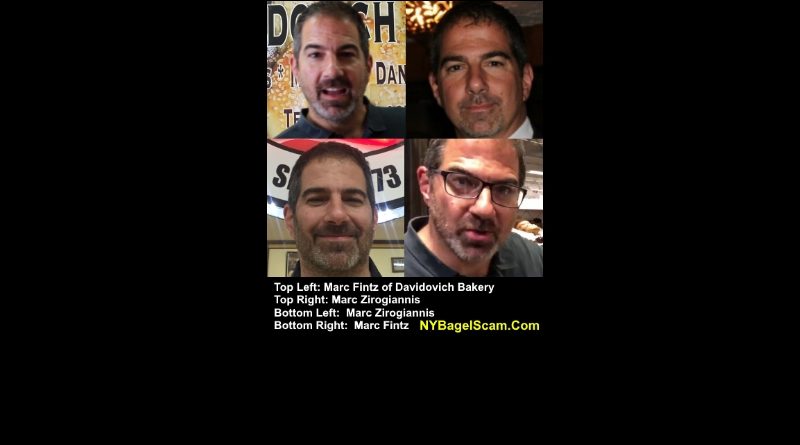 Marc Zirogiannis was an attorney in Levittown, NY  charged in the $100M AFG mortgage fraud case.  Marc Alyn Zirogiannis complaints also include allegedly defrauding distressed homeowners in the HLAA refinancing scam.  Marc Zirogiannis pled guilty to Grand Larceny and was disbarred.  There are numerous complaints on the Internet from alleged victims of Marc Zirogiannis.  Share your opinion below.

Marc Zirogiannis was indicted by the Supreme Court of New York:

Defendant Marc Zirogiannis is an attorney who represented lending institutions, buyers and sellers at sham AFGCE property closings.   Zirogiannis concealed the true nature of the transactions from his clients and distributed fraudulently obtained loan proceeds to AFGCE participants, as directed by defendant Hand.  Zirogiannis also administered  escrow accounts through his title company, Legacy Abstract Corp., which he used to redirect fraudulently obtained loan proceeds held in escrow to AFGCE participants instead of to the property sellers.

On November 24, 2009, Marc Zirogiannis entered a plea of guilty in the Supreme Court, New York County, before the Honorable Carol Berkman to one count of grand larceny in the fourth degree, a class E felony, and scheme to defraud in the first degree, also a class E felony.

According to a ruling ordered and published by the New York Appellate Division:

Upon a felony conviction, an attorney is automatically disbarred and no further action, judicial or otherwise, is required. Having been convicted of the aforementioned felonies, the respondent ceased to be an attorney and counselor-at-law…

Ordered that pursuant to Judiciary Law § 90 (4) (a), the respondent, Marc A. Zirogiannis, admitted as Marc Alyn Zirogiannis, is disbarred, effective November 24, 2009, and his name is now stricken from the roll of attorneys and counselors-at-law…

The Hawaii Office of Consumer Protection names Marc Zirogiannis in their investigation of a loan modification scheme that may have affected hundreds of distressed homeowners.  The Hawaii Reporter states:

Hundreds of distressed homeowners facing foreclosure in Hawaii were likely misled by a loan modification program operated by the Homeowner Legal Assistance Association (HLAA), a Florida corporation, for approximately 17 months in 2009 and 2010, according to an investigation conducted by the Hawaii Department of Commerce and Consumer Affairs’ (DCCA) Office of Consumer Protection (OCP)…
From January through sometime in September 2009, HLAA referred all of its Hawaii cases to Marc Zirogiannis, a New York lawyer, who charged a standard retainer fee of $2,750…

OCP pursued enforcement actions against the two lawyers and related entities both here in Hawaii and through New York’s legal disciplinary agencies. Zirogiannis has since been disbarred by the State of New York…

“All of the money that was paid by Hawaii consumers was paid under retainer agreements with these New York attorneys for legal services, and yet it does not appear as though the lawyers provided any legal services. Neither of these out of state lawyers could legally provide the promised services here in Hawaii since both attorneys were not licensed to practice law in our state,” according to OCP Executive Director Bruce Kim.

Because of Marc’s Zee’s mis-representations and straight out lie’s, I’m out over $1,000,000.00. His constent lie’s and deceit are a disgrace to the Legal Industry as a whole. He has destroyed my financial life, my non-compliance, lie’s, not filling papers and suits that I was told were all done. He be-friended me and made a sucker out of me.

Can anyone please help me or direct me to a government official. Marc Z. was a lawyer I hired to help me with a loan modification. He took 3,000 dollars and now I am just left with nothing. My ill mother and the rest of my family are in the middle of a forclosure. I am getting so frustrated with this situation. I have tried calling the hope line but they were unable to direct me anywhere. Please any info is will be helpful and appreciated.

They took $3,000.00 for loan mod.  Kept us hanging for 8 months.  Finally we contacted our mortgage company and they never received anything from these people.

Once this was all exposed, Marc became very scared. He faked a suicide to gain sympathy and claim insanity in court. I can’t f×cking believed that it worked. That piece of crap was given NO JAIL TIME!

He went to a facility to deal with his ‘suicidal’ issue. He knew what he was doing to avoid prison. Marc is a snake in the grass times 10. He charmed people to death as he ripped them off. He had the wholesome boy next act down to a tee. Thank God he lost his license to practice any law.

He now: writes books, editor in chief of Taekwondo Life magazine (which is hilarious), referee taekwondo matches and he claims that he is a 2nd degree black belt in taekwondo (which sounds seriously suspect). He was a taxi driver around the Hicksville LIRR station area. He divorced his wife and ended up with one of his office workers that is at least a decade younger than him. Her family, whom were good friends to him, is PISSED as SH!T.

ARE YOU FAMILIAR WITH MARC ZIROGIANNIS, MARC FINTZ, DAVIDOVICH BAKERY, OR THE NYC BAGEL SCAM?  PLEASE SHARE YOUR OPINION BELOW?

If you’ve been a victim of the NY Bagel Scam, please contact us in confidence at NYBagelScam[at]Gmail.Com.