7-Eleven franchisees are represented by 40 local or regional Franchise Owners Associations (FOAs) and one umbrella organization:  The National Coalition of Associations of 7-Eleven Franchisees.

According to the Cyber FOA website, the 7-Eleven is a closed discussion group dedicated to the rights and fair treatment of 7-Eleven franchisees:

Cyber FOA is not a replacement for your local FOA.

Cyber FOA has members in 22 states including Washington D.C.

What happens when 6,000 Franchisees can communicate with each other?

The Cyber FOA is not affiliated with The National Coalition.

Competition is essential to keep business honest, on track, & competitive. When in the course of human events it becomes necessary to declare rights granted under the terms of contract and tax law, As a business relationship devolves into tyranny it becomes the duty of the stake holders to salvage the relationship and the business and revert back to a system of law.

7-Eleven franchisees under the terms of the 7-Eleven Franchise agreement must maintain a status of Independent Contractor.  As business owners we must recognize that 7-Eleven and its agents have a duty to advise franchisees in order to maximize the profitability of the business.  The status of Independent contractor is a tax code, under law the relationship is an arms length relationship and must not devolve into a “Master/Servant” relationship.

7-Eleven, Inc. has embarked on a course of tyranny over its franchisees in the form of attempting to micro manage the franchised stores.  Backed up by the threat of LON [Letter of Notification] and Breach notice Franchisees find themselves terrorized by the threat of the next inspection finding some obscure violation of a new and tougher standard that goes beyond the scope of an arms length relationship and are creating a “Master/Servant” relationship.

We the franchisees of 7-Eleven declare our status as Independent Contractor and demand that 7-Eleven respect our status and restore the relationship it once had with its franchisees. 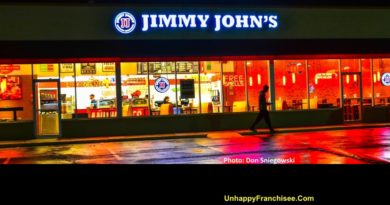