Liberty Tax franchise parent company has issued a press release admitting that it’s received a NASDAQ notice charging the tax software chain with a notice of non-compliance with its listing rules.

VIRGINIA BEACH, VA–(Marketwired – Aug 21, 2013) – JTH Holding, Inc. (NASDAQ: TAX), the parent company of Liberty Tax Service, announced today that it has received a letter from the NASDAQ Stock Market LLC (NASDAQ) indicating the Company was not in compliance with the continued listing requirements under NASDAQ Listing Rule 5250(c)(1). The Company anticipated the letter given that it has not completed its previously announced restatements of prior financial statements necessary in order to file its Annual Report on Form 10-K for the year ended April 30, 2013 with the Securities and Exchange Commission (SEC) by the extended August 13, 2013 deadline.

The Company disclosed earlier this month that it would be restating previously issued financial statements because of accounting changes in response to comments received from the staff (the Staff) of the SEC. The Company is working diligently on this matter and intends to file its Annual Report on Form 10-K as soon as practicable. The Company does not anticipate additional Staff comments that will further delay the restatement process or the filing of the Annual Report on Form 10-K, although that filing and the Company’s other filings will remain subject to further SEC review.

The letter states that the Company has been given until October 14, 2013 to submit a plan to regain compliance. The Company believes it will file its Annual Report on Form 10-K and regain compliance prior to the deadline for submitting a plan. 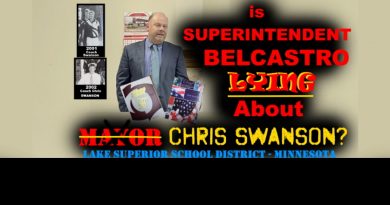