The IFPG International Franchise Professionals Group is a “membership organization” of franchise brokers.  Recently, The IFPG announced that it was “proud to announce” that Davidovich NYC Bagel & Sandwich Shop is  its newest franchise partner.  Last week, Davidovich NYC Bagel & Sandwich Shop (aka the NY Bagel Scam) was ejected from the International Franchise Expo in New York by the show’s management and two Assistant Attorney Generals.  Are IFPG members still promoting the NY Bagel Scam?  Has the IFPG taken any steps to share UnhappyFranchisee.com’s  & NYBagelScam.com’s extensive reporting on the dangers of this fraudulent franchise offering with its members and their clients? (UnhappyFranchisee.Com) UPDATE:  The IFPG has announced that it has terminated the Franchise Partner status of  Davidovich NYC Bagel & Sandwich Shop.  Read the updated story here:

Franchise brokers bill themselves as “consultants” whose expert franchise guidance is free to franchise opportunity seekers and who are compensated by the supposedly legitimate franchisors who pay them commissions ($20K – $30K on average, some claim).

It would seem that diligent, professional advisors who truly care about the welfare of the individuals and families they are advising would regularly follow sites like UnhappyFranchisee.Com and BlueMauMau.org that contain hype-free, uncensored opinions and insights from actual franchise investors and owners.  These sites also provide critical insights into franchise closures, lawsuits and turnover rates that could help franchise advisors prevent their advisees from investing in a high-failure franchise or even an outright scam.

This type of ongoing research would seem especially important to a “membership organization” such as the International Franchise Professionals Group (IFPG) who train franchise brokers and provide “franchise partners” one would assume would be screened and vetted.

Davidovich NYC Bagel & Sandwich Shop is an iconic brand that has been featured on the Jon Stewart Show, Anrew Zimmerns Bizarre Foods America, ABC News and more with additional write-ups in the Wall St. Journal and Forbes Mazazine and this spring was the “official bagel of the Coachella Music festival selling over 1000 dozen bagels in less than 90 minutes.

The brand offers Fresh Baked NY Artisan Bagels that are made in NY and Baked Fresh in your location, in addition to the bagels we have delicious bakery products that include muffins, crumb cakes, cookies, croissants and full line of breakfast sandwiches to wash all that down you have your choice of coffee cappuccino or juices. for Lunch we offer a wide variety of sandwiches, wraps and paninis, including our NY favorites the Reuben on Rye and the Chicken Breast Panini.

Location size is between 1200 to 2000 sq ft.  All locations have a fun inviting vibe, like your [stet] stepping into NYC with our full length wall murals of times square, pictures of NYC Landmarks and subway signs.  Great Bagel.  Great Place.  Great Franchise. Run by Joe Smith, Dennis Mason & new addition Davidovich’s Marc Fintz, Davidovich NYC Bagel & Sandwich Shop is, in essence, a Craig’s List-based franchise fee collection scheme.  90% of those who pay a fee never open a bagel shop not get their fee refunded.  More than 90% of the few who managed to open failed within a few months to a few years.

They’re many franchise failures have been documented by Unhappy Franchisee:

When International Franchise Expo (IFE) head Tom Portesy was alerted to exhibitor Davidovich NYC Bagel’s misrepresentations, he determined, with investigative direction from Assistant District Attorneys from New York and Maryland (who were speakers at the show), IFG Partner and Expo neighbor Davidovich NYC Bagel & Sandwich Shop was ejected from the show.

Read about it here:

INVITATION TO IFPG LEADERSHIP & MEMBERS:  It is our opinion that the IFPG partnership with a known and proven scam artist does a disservice to legitimate franchisors (including IFPG franchise partners), your members, and especially to the franchise buyers who rely on IFPG brokers for trustworthy guidance.   However, we are open to alternative viewpoints and interpretations.  We invite & welcome explanations, clarifications, rebuttals, and opinions both from IFPG leadership, staff, members and franchise partners. 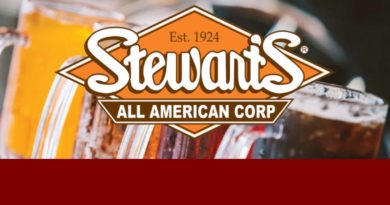