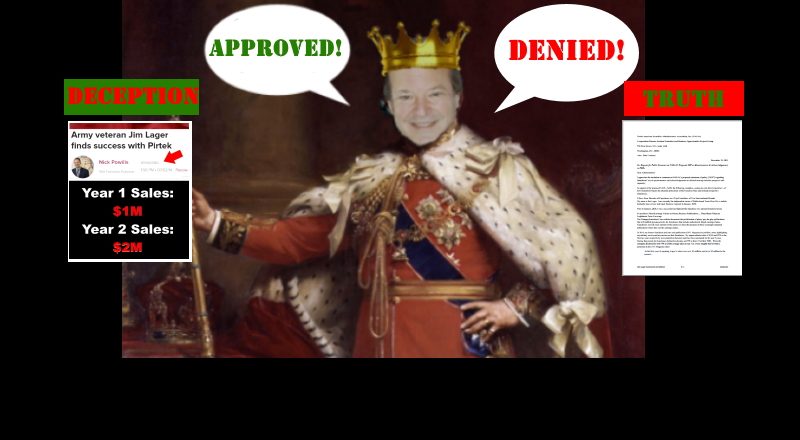 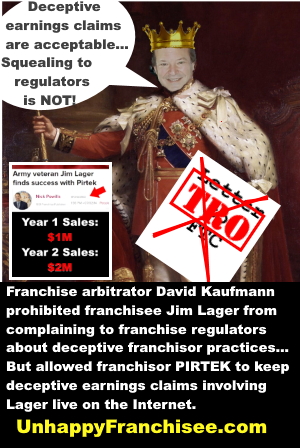 (UnhappyFranchisee.Com) As David Kaufmann will tell you, he is a highly accomplished, highly respected franchisor attorney who, in his words, is worthy of ”the status of ‘AV Preeminent,’ indicating the ‘highest possible peer review rating in legal ability and ethical standards’ reflecting ‘the pinnacle of professional excellence…’”

In the insulated, self-congratulatory world of franchising, David Kaufmann is a top dog among franchisor attorneys.

Much of that power is the result of franchisor attorneys’, like Kaufmann, successful efforts to skew the laws and means of dispute resolution significantly in their franchisor clients’ favor.

One of the most significant weapons franchisor attorneys and their clients use to silence dissent and dominate errant franchisees is requiring alternative dispute resolution (ADR), including private mediation and arbitration, to resolve differences. 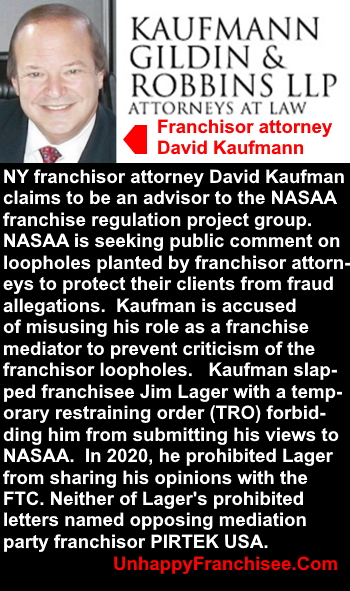 Rather than allowing franchisees to present their grievances in the court system, disputes must be resolved in private, often with strict confidentiality provisions that keep both franchisee grievances and the actions of the mediators & arbitrators out of the public eye.

The combination of contractual dominance and forced secrecy of dispute proceedings can be a powerful combination, infecting franchisor attorneys and franchisor-friendly mediators/arbitrators with a heightened sense of self-importance and arrogance.

Winning all the time can lead the AV Preeminents like Kaufmann to forget that the bubble of confidentiality they operate within is not impenetrable and that, should it crack, their actions and attitudes might not fare well in the brightly lit Court of Public Opinion.

Despite his dedication to serving only franchisors in his law practice at Kaufmann Gildin & Robbins, Kaufmann is somehow allowed to mediate and arbitrate franchisor-franchisee disputes for the American arbitration Association (AAA).  Perhaps it is unsurprising that one who has represented the best interests of franchisors for decades would also do so in arbitrating franchisor vs. franchisee disputes.

Here is my impression of how things went wrong for Kaufmann:

That’s right:  Kaufmann defended the right of franchisor PIRTEK USA to continue to promote its relationship with Jim Lager on the Internet, but denied Jim Lager’s right to participate in public proceedings because PIRTEK USA self-identifies through illegal and non-compliant content. 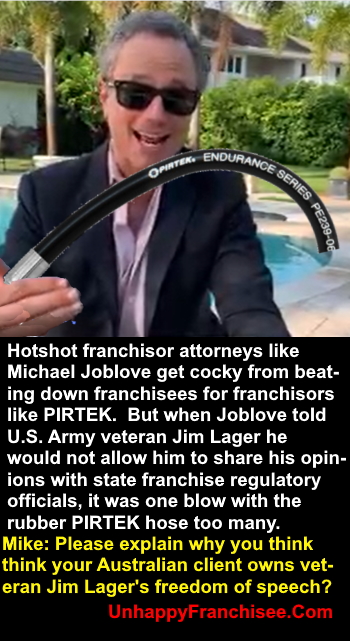 It is said that there’s no direct translation of the Yiddish term Chutzpah to English, so instead its meaning is often conveyed with the example of a child who kills both his parents, then begs the judge for mercy because he’s an orphan.

It appears that David Kaufmann has chutzpah in spades, and is willing to put ethics and reputation aside to preserve a franchisor’s right to deceive.

He refuses to allow franchisee Jim Lager to speak out against franchisor’s use of deceptive, illegal content.

King David Kaufmann appears to boldly champion the franchisors’ right to sell franchises using deceptive, illegal content without regard for how biased, pompous and/or stupid it makes him look.

Evidently, that’s what it takes to be named the “pinnacle of professional excellence” in franchise law.