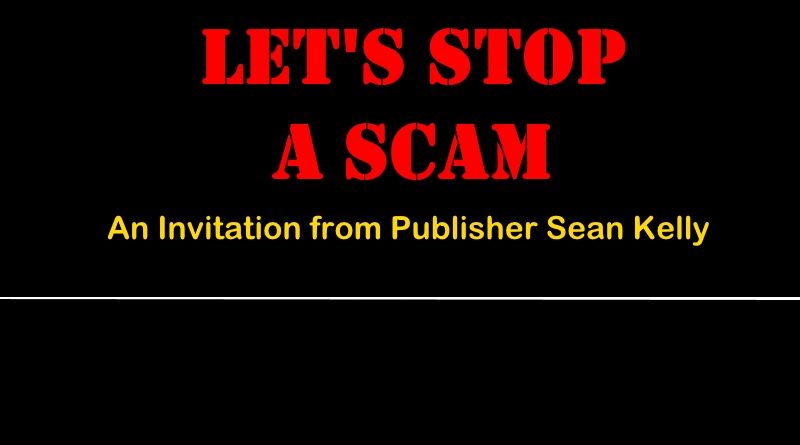 Let’s Stop a Scam… Together!  If you’re tired of seeing good people abused and watching the bullies and crooks go unpunished, watch this video or read the transcript.  UnhappyFranchisee.Com is putting together a posse and inviting you to join them put a stop to the most blatant and devastating schemes we’ve run across, the one we call the NY Bagel Scam.

(UnhappyFranchisee.Com)  This is Sean Kelly, publisher of the Unhappy Franchisee and NY Bagel Scam websites

I have decided to go all-in and to temporarily focus both of these sites on educating people about the NY Bagel Scam (aka NYC Bagel Scam) and promoting a Go Fund Me drive that will, hopefully, shut this blatant Craig’s List scam down once and for all.

Here is a very basic video I put together explaining the initiative.  Please be forgiving regarding my delivery… I’m speaking from the heart and am obviously (very obviously) not a polished on-camera personality.

For those who would rather read the transcript of the video, I have pasted it below.

Hi.  This is Sean Kelly talking to you from my home in Pennsylvania Dutch country.

I want to invite you to join my posse and participate in a rewarding initiative called We Stopped a Scam.

I’m going to try not to waste anybody’s time, so let me tell you right off the bat who this video and the accompanying detailed videos are intended for.

You’ll be interested in this video and this initiative if you, like me, have had an increasingly distressing feeling that the bad guys are being allowed to win.

I’m Tired of Seeing the Bad Guys Win. What About You?

And yet increasingly, especially in the last years, over and over we see examples of the bullies, and the racists, and the predators, and the moneygrabbers just simply operating however they please, doing whatever they want, and getting away with it… without being held accountable… with good people looking the other way… getting a slap on the wrist…

About six years ago, I tried to get some justice and tried to stop a scam that was all over Craig’s List.

People were contacting me on my UnhappyFranchisee.Com website and telling me horrific stories about how they had trusted these people who had advertised an “NY Bagel Cafe” franchise on Craig’s List… and just took their money.  They never got a store open.  They got a ton of debt heaped on them in the form of credit cards they had taken out in their name.

Marriages were pulled apart.  Families were destroyed.  Homes were foreclosed upon. And bankruptcies were ongoing… and they still are today.

For Six Years, NY Bagel Scammers Have Had Free Rein.  Until Now.

I thought this would be a pretty simple and rewarding fix, six years ago.

I contacted Craig’s List to get their ads pulled.  No response.  I sent registered letters.

I contacted other sites that they advertised on.  I told them what was going on.  They took them down for a little while, but then they came back up.

The victims and I contacted the Federal Trade Commission (FTC) and nothing was done.

State Attorney Generals… supplied them with information… nothing was done.

I contacted state franchise regulatory agencies in several states.  To their credit, three states (Virginia, Maryland, Washington) did full investigations and found exactly what I was telling them and what the victims were saying:  that these guys were blatantly defrauding people… just lying to them, taking their money, and leaving them devastated.

Unfortunately, the result of those investigations was that they issued orders that basically said Hey, guys, stop doing this.

They did not have the authority to freeze their assets, to arrest them, to put them in jail, or to hold them accountable.

In the meantime, I’ve provided the Federal Bureau of Investigation (FBI) with literally thousands of documents including victim statements, victim interviews, contact information, documents, hundreds (maybe thousands) of pages of correspondence with these scammers.

I am hopefully optimistic that there’s an investigation going and that, eventually, these guys are going to be arrested and put in jail which is the only thing that is going to stop them.

They are just addicted to this easy money.

However, even with this investigation, over one hundred (289 at least) are running on Craig’s List.

They continue to have people calling in, trusting them, giving their slick sales pitch, coercing them into Fedexing them tens of thousands of dollars that they’ll never see again, nor get any value for.

And so, that’s where you come in.

That’s where WE come in.

And we can do this while we’re waiting for this FBI investigation and hopefully Department of Justice charges to come.

I think that in 2 or 3 months we can get the word out, we can flood both Craig’s List and online media and also traditional media in targeted markets…

And basically spread the word to the point where these guys lose their revenue and have to seriously consider doing something more legitimate for a living.

Obviously a $100 contribution, $250, is going to go a lot farther toward helping us reach our goal and shutting down this scam.

If you’re a law firm, if you’re a legitimate franchise company, you can distinguish your company or your firm as one who really does care about people who are opportunity seekers and protecting the American Dream for all Americans.  For those people I’m going to ask for $500, or a thousand dollars.  For $1000 or more, I will give you sponsorship notoriety and marketing where you can let people know, let your customers know, let the public know that you are one of the good guys… and that you’re part of the solution.

Contribute and you’ll be able to say:  “We Stopped a Scam!” 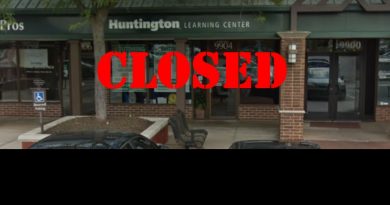