Kim Marinoff offers “free” franchise consulting services.  In actuality, she is a commissionable franchise broker who gets large fees (likely half of the $40,000 franchise fee – or more) for deals she can help close.

Kim Marinoff states that most of her prospective franchisees are in their fifties, and Kim will encourage them to roll over their 401Ks and retirement accounts to make franchise investments that range into the hundreds of thousands of dollars.

Some claim that Kim Marinoff will make untrue statements and misrepresentations (such as understating the actual investment amount necessary) in order to sign up a franchise investor and collect her fee.

In a self-promotional YouTube video titled “The Kim Marinoff Story,” Kim Marinoff claims buying a franchise is nearly risk-free, citing a bogus franchise statistic that was discredited and disproved many years ago.

On her LinkedIn profile, Kim Marinoff states she’s in the business of making dreams come true:

My services are at no cost to you, nor bind or obligate you in any way. I have been in franchising for 19 years, have owned 9 franchise businesses, and worked with an international franchise corporation in training, operations, sales and development… . I am committed and passionate about connecting you with a franchise in which you will achieve success, and (at the risk of sounding like an old cliché) make your dreams come true.

According to her LinkedIn Profile, Kim Marinoff was Operations/Sales/Development/Training/Owner/Operator for Quiznos Sub during an 11 year period, from
Aug 1998 – Nov 2009.  Positions included:

According to Kim Marinoff’s Chapter 7 Bankruptcy filing in 2010, she owned and/or operated these businesses:

The reason for the bankruptcy was primarily business debts.

Clubstore Outlet franchisees have called the short-lived franchise offering a “scam” and a “ponzi scheme.”

More than half of the franchise locations that opened have closed, others paid $40,000 – $60,000 fees and never opened, and others struggle on without corporate support.

One former Clubstore Outlet franchisee, who had extensive dealings with her, alleges that Kim Marinoff is an extremely deceitful franchise seller who c

onsistently and knowingly underrepresented startups costs to close sales and get commissions from underfunded franchise buyers who would later fail.

Her claims that Clubstore Outlet was “a FUN, SIMPLE, PROFITABLE business” is disputed by ruined franchise owners who claim that it was neither fun, nor simple, nor profitable from the day their check cleared.

There is a good indication that Kim Marinoff continued to promote and sell Clubstore Outlet franchises even after all the initial franchisees had failed.

It’s been reported that in the 6 months prior to May, 2017, all of the original franchisees left the system (MS, ND, FL, CO, TN, etc.) and many others were struggling to stay in business.

In a “brokers only” conference call around that time, it was stated none of the remaining Clubstore Outlet franchisees had anything positive to say about their relationship and experience with the company.

Yet despite significant closures and franchisee distress, it appears that Kim Marinoff continued to hype and promote what was clearly a non-viable franchise concept.

In a July 12, 2017 recruitment message to a group of franchise brokers, Kim Marinoff wrote:

•    This past week we awarded a master territory in Houston and a single unit in Ohio.

•    We are opening 4 more stores over the next 4 weeks in GA, NC, PA and TX. This will bring us to 9 open stores, another 14 under development, and 12 master territories awarded…

In her YouTube video “The Kim Marinoff Story,” Ms. Marinoff spreads the long-discredited falsehood about the success rate of franchise businesses vs. independent businesses.

The debunked statistic is well-known among franchise professionals as an outright lie.  The IFA issued a message years ago that the claim is not valid and should not be used by its members.

Yet In her video, Kim Marinoff states:

Franchising has an ENORMOUS success rate…

In Marinoff’s video, she also states:

“I love that I can help people… people in these economic times are struggling, they can’t find jobs.  Most of my clients are in their fifties… they come from the corporate world… they’ve got 401Ks and you can actually roll over a 401K into a franchise without a tax or penalty… But you can have a self-directed IRA… a lot of people don’t know that they can do that…

Many Clubstore Outlet franchisees would strongly disagree with Kim Marinoff.

They bought a franchise based, in part, on the trust they put in Kim Marinoff, and fellow brokers including Pam Currie, Kathy Hylton, Jerry Rieder and Dennis Martineau of Franserve.

And some franchisees feel they’ve had EVERYTHING taken from them.

ARE YOU FAMILIAR WITH KIM MARINOFF & A2B FRANCHISE CONSULTING?  DID YOU HAVE A POSITIVE EXPERIENCE OR A NEGATIVE ONE WORKING WITH HER AND HER FRANCHISES?  PLEASE SHARE A COMMENT BELOW. 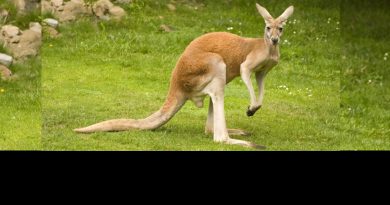