Dickey’s franchise owners can anonymously share their views with franchisor DBRI on the new menu, menu management and other important issues through the Letters to Dickey’s Program.  Is the new G4 menu to blame for the recent glut of store closures?

Franchisees and readers have added more than 25 closures to our DICKEY’S BARBECUE PIT Closed Location List for just December 2016 through February, 2017.

At least one franchise owner who suffered store closures blames the new “G4” menu that franchisor Dickey’s Barbecue Restaurants, Inc. rolled out in the summer of 2016, as well as the change from US Foods to SYSCO.  He/she stated:

There are key struggles at both the franchisor/franchisee levels in our area.  Many of the complaints we have read on your site we can also confirm.

The closings at year end 2016 can best be explained by the G4 menu change/CSP  and SYSCO vendor change in late fall/early winter of 2016 that significantly harmed stores that did not have the foot traffic or sales volume to sustain the changes.

I can recall thinking that these changes would wipe out those units with slower sales or units in smaller markets… and they certainly did.

Our businesses took a huge hit with the new, mandatory menu that DBRI rolled out. Prior to launch, franchisees previewed the new menu and gave clear feedback that the new menu was poorly designed and would likely be poorly received by guests. Franchisees urged DBRI to go back to the drawing board and roll out a simpler and clearer version. DBRI ignored this feedback, focusing instead on their own independent research (which was obtained from a group that doesn’t even represent our target audience) and DBRI launched the new menu anyway. The results have been horrendous. Constant complaints and a marked, immediate decline in sales followed the launch of the new menu system wide.

90% of what we serve now is different than when we opened 2 years ago.

One thing about the menu change this year is that they told us the new menu change had COGS around 32-33% at the stores that were already on it.

After we change our menu they tell us that it is that low because those stores no longer have free ice cream and fried items. So instead of going down, COGS went up.

No one likes the menu changes. They find it confusing (Especially older people)  Menu changing had a huge impact on us. No one in our area wants sliders or tacos. They don’t come to a BBQ restaurant for that. Getting rid of the DOTD [Deal of the Day] was huge, and breaking up the plates. We saw a drop in regular customers because they were too confused by the menus.

Don’t fix it if it isn’t broken! People NEED and want consistency.

New menu sucks…  I did not buy a $1 menu franchise or a taco stand I bought a BBQ restaurant!!  What’s on the agenda for next quarter?  Sushi?

They rolled out the new menu in July 2016

I also lost (I calculated  $26k) when we switched to Dickeys new menu and i used their “corporate suggested pricing” which according to their calculations I should be able to hit a 32% food cost. With their pricing my food costs were 55-60% and before the new menu I was running roughly 34-36% food cost. when I asked them about this they told me I was a bad owner and didn’t know how to control my costs.

The corporate office did a promotion for smoked chickens but the radio advertising was for pulled pork so we never sold the chickens but our corporate office agreed to buy a certain amount of chickens from the manufacturer so they just auto shipped everyone another case of chickens so they wouldn’t be stuck with the cost. and we werent allowed to return the case of chickens. Also our price on the chickens were much higher that what we were originally told. We are also required to buy and sell holiday meals every year which in 5 years i have never sold all my product and basically break even based on the product i dont sell.

Promos are only based in tacos and sliders.  Why promote low cost items? They should try to upsale, not down sale with $2 items. Also…. Are tacos the flagship of a Barbecue pit? I dont think so. Them why we promote them month after month?

Also, having different menus on the different formats of stores confuses the customers.  They get mad when they request something that is unavailable in a G4 (ie: fried items, ice cream, etc).

What I have a HUGE problem with is Corporate forcing you to buy certain things even though it’s not selling, so we’re stuck with the waste.

Every year, Corporate makes a push for us to sell these holiday meals – Smoked Turkey, Cajun Fried Turkey, Cornbread Dressing, Hams, etc.  About 3-4 months before the holiday, they ask us if we want to make changes to our order but they will only actually let us  increase our order, which they have already set for us.  For example this Thanksgiving year they forced shipped 2 cases Smoked, 4 cases Cajun, 3 cases dressing, 1 case Ham & 1 case of Prime Rib.  I sold about 25% of my product on hand and they will be force shipping another case of each at Xmas time.  These aren’t cheap products either, it seems like we could get these cheaper from the grocery store – after all, they are pre-cooked frozen butterball turkeys, which we take out of butterball packaging and re-wrap – our base cost before any paper/sauce for a Cajun Turkey is about $34 dollars.  The margins on these products are worse than anything else we sell and if we’re donating or throwing out 75% of them, it’s a huge loss.  I’ve attached a screenshot showing my request to decrease, which I received no response to and when I tell my Area Manager I need to decrease it, he said we can’t, we can only increase.  They do this for Easter too, with Hams that don’t sell.  Not as big of a loss, but definitely a loss.

Another example of where they force product on us recently (and horrible margins) is a recent LTO product – whole chickens (1st or 2nd quarter of 2016).  Corporate made a huge push for this whole smoked chicken product which was a failure with every owner I spoke to.  If a store was not ordering a case of these overpriced chickens within a certain amount of time, they would force ship them to the store.  The advertising push for these was $9.99, but with our base cost per chicken being about $5.50, it was a waste of time and money.  You smoke 2-3 chickens per day and if you end up wasting any it’s a loss.  After paper, rub, sauce, dickey’s 9%, CC fees, I estimated an owners profit on 1 whole chicken to be less than $2 dollars.  That’s only if you don’t waste any and at the beginning of this promo we wasted enough to where it was a total loss regardless of whether or not we limited how much we smoked going forward.

DBRI rolled out a new menu item called a Butcher Taco. This item launched before any supporting media arrived. This new item also launched before the product to make it had arrived. When product did arrive, the auto-shipped quantities were nowhere near aligned with business needs, resulting in forced over purchasing and waste.

DBRI has changed the recipe on the majority of our entire menu in a very short window of time. This has caused guests to complain about not knowing what to expect when they come in our restaurants. Customers recently rejected DBRI’s new recipe for Mac & Cheese, which was by far our most popular side item.

Most of the stores are going to a slightly different menu.  As such we have to purchase in store menus for around $1k..

The kicker is stores have to purchase new menus in a couple of months with calorie content.

Again another $1k. That tells me Dickeys is in the menu business now.

I suspect that this is not incompetence on their part but a well conceived plan.

In my opinion, they literally try to extract every dime out of owner/operators.

LETTERS TO DICKEY’S is a collaborative, interactive series that invites Dickey’s Barbecue Pit franchise owners to candidly (and anonymously) tell their franchisor (DBRI) what they think and how they feel about the the franchise issues and challenges facing them.

This post is dedicated to DBRI’s menu management decisions, and their effect on Dickey’s franchisees’ businesses.

This page is a work-in-progress.  We have posted comments from anonymous Dickey’s franchisees and will continue to update it as we receive new comments. 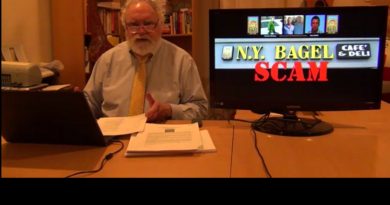