Dickey’s franchise owners can anonymously share their views with franchisor DBRI on online ordering, and the switch from service provider OLO to the NCR Aloha Take Out/Spark system and other important issues through the Letters to Dickey’s Program.

(UnhappyFranchisee.Com)  LETTERS TO DICKEY’S is a collaborative, interactive series that invites Dickey’s Barbecue Pit franchise owners to candidly (and anonymously) tell their franchisor (DBRI) what they think and how they feel about the franchise issues and challenges facing them.

This post is dedicated to DBRI’s online ordering service NCR Aloha Take Out (ATG)/Spark Intelligence, and the effect of the current service on Dickey’s franchisees’ businesses.

In January, 2017 Roland Dickey Jr. informed Dickey’s franchisees that he had decided to end the relationship with the OLO company that provided the online ordering technology for Dickey’s stores.

He cited that a change to their own

Immediate concerns by franchisees included that customers cannot prepay with the new system as they could with OLO, resulting in a longer wait time in-store for those picking up.

Also, the new system is only set-up for new G4 menu so not all items will be available.

Here’s a running collection of opinions and experiences Dickey’s franchisees are having with the online ordering system transition.

OLO or ATO should not be forced on anyone. It has always been an optional system PER our FA’s. This is just another stream of Revenue for DBRI to screw over owners.

OLO has never been a revenue stream for us. We paid $99 a month and barely made $1000 each month, factor in labor and food costs, CC fees and sales tax and we literally make no money on an order. It shouldnt be required or forced upon owners.  Make this an option to owners. Go back to OLO where a receipt is printed and customers have to pay in advance.

New OLO -ATO.  This is nothing but another money grab by DBRI setting up yet another company to milk the Franchisee.  There are better cheaper options already on the market.  I found one that is $35 month and includes a phone app for ordering.  I did not sign to have ATO loaded onto MY computer (that is my property) I had numerous orders on Sat come in and the customer said they placed an online order I had no print out and no verification.  They claimed they had already paid what was I to do say tough shit show me a receipt?  I have no idea on how to get that money for something I did not sign up for or authorize to be put on my property.

So Monday 1/23/17 late at night they send out an email basically admitting that they pushed through the whole OLO/ATO swap without making sure that it was working, and of course it’s not…

During the installation of ATO, a remote deploy error occurred on a small group of POS systems with an almost identical environment to your back of house computer.  Due to this, we have delayed the final installation step of ATO on your POS. Your store is not online and not able to accept online orders at this time.

NCR is currently working through this problem; and we are pushing them to remedy this as quickly as possible… After our latest technical audit with NCR this evening, they believe they will have this error fixed within seven calendar days from today.

This means you should expect to be successfully set up on online ordering on or before next Monday, January 30…

Rumor has it that OLO dumped Dickeys and Dickeys is trying to spin in that they are saving owners money.  Owners are starting to realize the “Spark” affiliate is Dickey’s (Owned by Roland Dickey).  A lot of franchisees want to fight it and not sign up for it.

OLO was $99 a month we did per store $800/900 a month in sales on it. Take the $99 out of that, and then royalties, marketing, COGS, labor and you literally make nothing on OLO. We always said we wanted to drop it and they told us we couldn’t.

This is great, a search on ATO for a Dickey’s location in my zip code returns a result 85 miles away! LOL

Why exactly is Roland Dickey Jr’s Spark Intelligence involved in this?  Franchisees bought and paid top dollar for our POS systems.  NCR Aloha provides the online ordering service.  What need is there for another family owned company except possibly as another way to extract money from Dickey’s franchisees without having to disclose it through DBRI? Isn’t this and the “smokestack” sales reporting what we pay a royalty for?

[Your views will be added here and read by DBRI management] 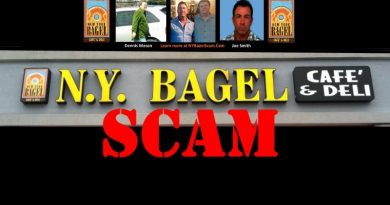