CURVES: Why Did the Curves Franchisee Association Fail? (Part 1) February 2, 2012

CURVES Franchisee Regrets Not Sticking It to Others   January 7, 2010 (39 Comments)

CURVES FOR WOMEN: Nearly Half The Palm Beach Clubs Have Closed  November 15, 2008 (17 Comments) 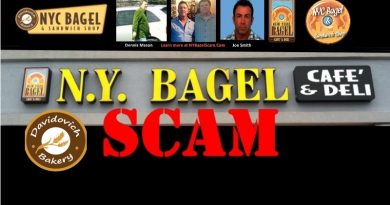