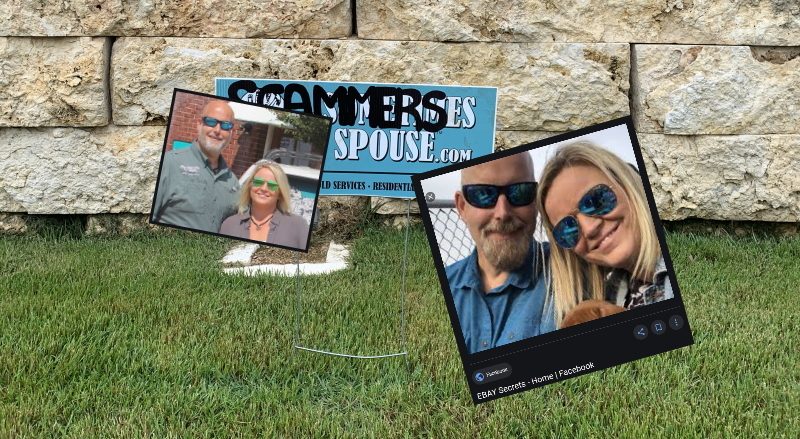 The victims of a Waco, TX couples’ allegedly fraudulent franchise scheme and of their shady tool business have enlisted the help of franchise industry watchdog site UnhappyFranchisee.Com. The victims allege that Christy Ogle & Max Ogle, who have been sued by more than 10 franchisees and partners in at least 4 lawsuits, provided false information to the U.S. bankruptcy court in an effort to wipe away $1.6M the couple owe their creditors, including those who have court-ordered judgements.

Unhappy Franchisee publisher Sean Kelly has established a GoFundMe Campaign to cover time and expenses in researching, documenting, preparing and submitting a report to the Department of Justice requesting denial of the Ogle’s Chapter 7 bankruptcy petition and requesting an investigation into allegations of criminal bankruptcy fraud and perjury.

UnhappyFranchisee.Com’s investigation has already uncovered some compelling evidence that the Ogle’s may have made false or incomplete representations in their initial bankruptcy filing 1/28/20 to the U.S. Bankruptcy Court, Western District of Texas.  The investigation has also yielded compelling evidence that both Christy Ogle and Max Ogle knowingly made false statements, under oath, in an official hearing conducted via teleconference on April 17, 2020.

Misrepresentation of their Business Activity.  Both Christy Ogle & Max Ogle testified, under oath, that they had used no other business names than Sometimes Spouse and Tools to the Max in the past 5 years.  Our research indicates that statement is FALSE.  See:  Did Christy Ogle & Max Ogle Lie Under Oath About Businesses They Operate?

Not Disclosing their Tool Business Nor it’s Inventory.    In their initial bankruptcy filing, the Ogles neglected to mention that they have a retail & online tool business.  They added it in an amended filing, but didn’t list any inventory as assets.  Christy Ogle testified, under oath, that they had no inventory at time of filing.  Our research indicates this statement is FALSE.  See Did Christy Ogle & Max Ogle Lie Under Oath About Their Tool Business Assets?

Is One $20 Chair TRULY the Ogles’ ONLY Business Asset?

In their bankruptcy petition, Christy Ogle and Max Ogle disclose only one business-related asset:  an office chair valued at $20.

With the help of some informants close to the Ogles and their business, and with the generous help of Christy’s prodigious social media postings, we believe the Ogles’ sworn disclosure of business assets may be false. Here are some images of possible undisclosed assets posted by Christy & Max Ogle online

We have already compiled significant evidence of fraud & perjury.

We need the rest of the funding to cover the time and costs to clearly document the fraudulent and false statements statements and get them in front of the right authorities.

Thanks for your support!