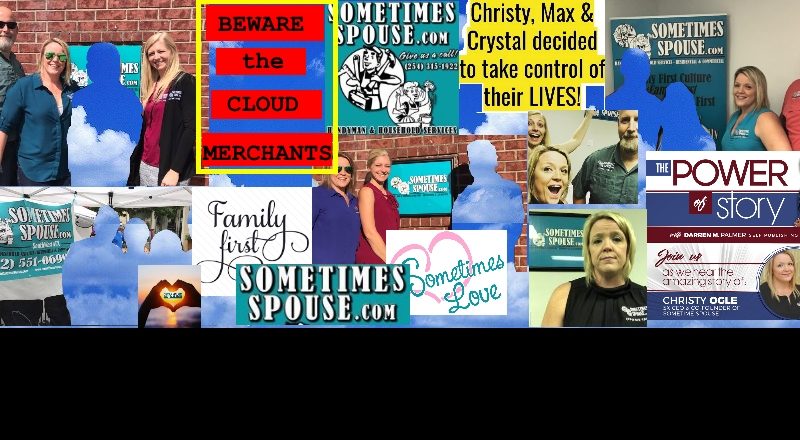 Unhappy Franchisee has issued a franchise & business opportunity warning for Waco and other Texas communities.  Waco, TX based Sometimes Spouse, & Max Ogle & Christy Ogle continue to promote Sometimes Spouse handyman and home cleaning business ownership as franchise, business opportunity and/or multi-level marketing opportunities.  The Ogles continue to aggressively promote a fictional success story on social media daily.  Would-be entrepreneurs should be aware that Sometimes Spouse appears to have a near 100% franchise failure rate, the Ogles are defendants in numerous civil lawsuits, and they’ve filed for bankruptcy protection on $1.6M in debt.  Buyer Beware!

(UnhappyFranchisee.Com)  In more than a decade of exposing and warning people about franchise and business opportunities that ranged from flawed or outdated concepts to outright scams, we’ve learned many important lessons.  One is that some of the most persuasive salespeople of doomed opportunities aren’t necessarily ill-intentioned or even bad people.  They aren’t cold, hard scammers.  Some of the most persuasive generate trust because they truly believe what they’re saying… or they are self-deluded… or they are backed-in-a-corner desperate… or they are narcissists… or all of the above. And these true believers are sometimes the most dangerous because they believe their sales pitch so fervently… even when it is filled with delusions and falsehood.

We issue this business opportunity warning not because we think Max Ogle & Christy Ogle are bad people or aren’t sincere in their desire to help people.

We issue this warning due to the following:

Another reason for issuing the Sometimes Spouse Franchise & Business Opportunity Warning is that despite clear evidence that the Sometimes Spouse opportunity is not a profitable path to business ownership, and despite the dozens of families negatively affected by it, Christy Ogle continues to promote this failed opportunity to those who dream of owning their own businesses and spending more time with family.

Christy Ogle’s Valentine’s Day podcast is titled “How to Come Back After Loosing [sic] it All?”  with the description “Christy shares 7 tips from loosing [sic] it all, twice.”

It’s the franchisees’ fault, of course…

She blames the near 100% Sometimes Spouse franchise failure rate on the franchisees, stating:

(10:02)  Max and I got into franchising 3 years ago… we got to over 50 locations at one point… but we got into business with some of the wrong type people… the wrong business partners…

Christy should have listened to Oprah… She claims that her major and most costly mistake was not following Oprah’s advice to “write your own checks.”

Don’t trust anyone… to write your own checks. You’ll think that people have your best interest in your hearts, that they’ll do the best things for you…

I paid a high price… keep track of YOUR money.

Christy Ogle & Max Ogle appear to be determined to continue peddling a false dream to trusting but unsophisticated individuals and families.  Since her past failures were the fault of incompetent franchisees and an untrustworthy bookkeeper, she can justify promoting a failed concept with the promise of different results.

If she cares about families, especially hers, we suggest she heed the sage advice of W.C. Fields:

If at first you don’t succeed, try, try again.

No sense being a damn fool about it.

Invitation for rebuttal, corrections or clarifications:  Unhappy Franchisee extends an open invitation to companies and individuals discussed on the site to provide their views and side of the story.  We continue to reach out to Christy Ogle, Max Ogle, Crystal Stewart and Sometimes Spouse but have not received a response.  The offer is open.  Franchisees & associates of Sometimes Spouse may contact us on a confidential basis at UnhappyFranchisee [at] gmail [dot] com.

ARE YOU FAMILIAR WITH SOMETIMES SPOUSE, CHRISTY OGLE, MAX OGLE OR CRYSTAL STEWART?  SHARE YOUR THOUGHTS IN THE COMMENTS BELOW.