The Dickey’s Barbecue Pit franchise location in Delaware, Ohio is getting unwelcome attention from the apparent walkout of its entire crew.

UnhappyFranchisee.Com has posted the picture and selected comments below.

A picture of a handwritten sign was posted on imgur.com and linked to from discussion site Reddit.

ATTENTION:  The DICKEY’S crew has QUIT ♥ .

The store is under Staffed & the owner doesn’t care enough about the store to take care of it. Commenter stay-chivalrous claims to have witnessed the struggling, understaffed Dickey’s:

I was there last Sunday and they had 2 people running the place during the church rush. Things were bad, the line was incredibly long.  I gotta hand it to the two people handling it though, they did their absolute best to keep the customers happy and get them moving. At one point customers were helping with things like cleaning the floor in front of the pop machine after the drain clogged in it, collecting up dishes that had fallen on the floor, and more.

To the ex-crew of Dickie’s I say thanks for doing a bang up job on Sunday and holding out as long as you could!

Went to “Dickey’s” because my partner in crime and I were in the mood for BBQ Ribs.

We pulled to the drive-thru and waited and waited.

A server came on the speaker and asked us to hold please. We waited another solid 10 minutes.

Finally a different server came on the speaker and before I could say a word immediately told us they were not only out of ribs, but also out of numerous other mains on the menu.

Excuse me, it was only 5pm and the dinner hour was just starting.

A word of advice .. You only get ONE chance at first impressions .. I wish I could give this joint less than one stars because they FAILED and FAILED miserably.

Some commenters claim to have seen similar occurrences at other Dickey’s franchise locations.

This is actually pretty weird, almost the exact same thing happened at the Dickey’s in my town a few weeks after it opened.

Maybe one month after it opened there was a sign on the door that said something like “W have been forced to close our doors because Corporate lied to us about the costs of running one of their franchise. send complaints to (some corporate email)”

Dickeys must be a very poorly run company.

There was a Dickeys near me that went down a while back — same problem.

Commenter and Dickey’s franchisee ScumbagSolo claims the problem is that Dickey’s sells franchises to unqualified owners:

I bought a Dickeys Barbecue that had gone downhill because of a shitty [previous]owner.

i bought it from the franchise that had kicked the lady out and took over operations.

I’ve turned that place around.  Unfortunately the franchise is trying to expand so fast that they are allowing anyone to buy one it seems.

Some of these owners don’t give a fuck and want to buy a restaurant where they don’t have to do anything and just rake in the money.

I’m sorry but that’s not how it works.

I was a manager at a dickeys in Dallas.

The only way to get the numbers to met is by being borderline understaffed.

And they “teach” how to.

Commenter no_defaults claims that the problem starts at the top, with CEO Roland Dickey, Jr.:

I actually have a connection with the ownership of Dickey’s (they’re franchises, but there is a single owner of the concept).

The current owner is the son of the man that spent his whole life building the business. The father was a stickler for quality and had very high standards for his franchises.

Once the son took over he essentially said “fuck it, let’s get all the franchise fees we can”.

They loosened the franchising rules and the strictness in product control and essentially just wanted the upfront franchise fee (something like 45K).

That is part of the reason why in the last 10 years you may have noticed a huge increase in the number of Dickey’s, including those right down the street from others.

If somebody wants to open one and will pay the franchise fee, that’s all he cares about.

It will be the slow demise of the franchise, but he’ll ride out the fortune hard.

According to a Delaware Real Estate blog, the Delaware, OH Dickey’s was closed for lunch Monday but was reopened by dinner, staffed with labor from a recently opened location owned by the same franchisee, William Bridges:

…Dickey’s Barbeque Pit in Delaware is not closing its doors.

Yes, it was not open for lunch on Monday morning. But that was an employee issue, not a management issue according to an employee at the Lewis Center location. Employees from the new location have been activated to open the Delaware store in time for dinner [Monday].

Online commenters state that the Delaware, OH operational problems are nothing new, and that the restaurant had been closed down for an extended period of time at least once before.

Obviously, Dickey’s corporate was not concerned enough with these operational issues to keep William Bridges from opening a second Dickey’s Barbecue Pit franchise nearby, despite the problems with his first. 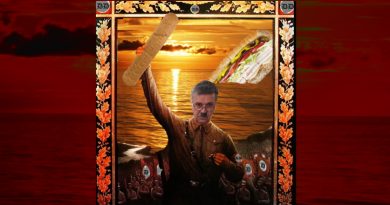