Yet there are no press releases and only a rare mention in the local press when, a short time later, those same stores close and the enthusiastic franchisees are faced with possible bankruptcy, home foreclosure, and lawsuits from landlords, creditors and the U.S. Treasury for their defaulted SBA loans.

Franchisors’ typical reactions to failures are to blame the franchisees – so recently heralded – as not having followed their system.

As part of our crowdfunded investigation of United Franchise Group brand Experimac, we found that many of the franchise stores and owners so recently hyped by the UFG PR machine have quietly and painfully gone out of business.  Here are a sampling: Leaving a Secure Job in France to Open a U.S. Business

Opening an Experimac franchise is an incredible franchising opportunity, and even a language barrier didn’t stop Christophe Sevin from leaving his engineering job in France to open an Experimac in east Orlando.

Outcome: Experimac of Orlando is reportedly closed. Christof Sevin is listed in the 2018 FDD List of Terminated, Cancelled or Not Renewed Franchisees as of December 31, 2017 Ultimately, Trommer sees his new shop, and those he expects to open in coming years, as an opportunity to mentor future employees as well as to build a legacy for his family. He anticipates that family members will become involved in the shop and that the venture will create opportunities for future employees. Nine years ago, as of February 2017, Rusconi made the decision to leave his full-time career in Corporate America and open his first business. In those nine years, he has opened 20 restaurants in both Connecticut and Rhode Island, including Moe’s Southwest Cantina, Mooyahs, and Wingstop. After seeing his success in the fast-casual sector, Rusconi decided to try his hand at a new type of business, Experimac. Experimac is Rusconi’s fourth brand and the fourth time he has brought a new brand to the market.

Outcome: Experimac of Rocky Hill, CT is reported closed. Matthew Rusconi is listed in the 2019 FDD List of Terminated, Cancelled or Not Renewed Franchisees as of December 31, 2018

Open since Jan. 17, Experimac is located at 3713 Belt Line Road, in Addison. The 36-year-old Phillaura, who spent the last ten years as a systems and software engineer, is partnering with his wife, Jana, who is handling the business’ finances. Already with a steady stream of customers… Prior to opening his Experimac store, Rick worked in software development and accrued over 30 years of experience in this field as a developer, VP of Engineering and Director of Engineering. Working right alongside Rick is his store manager, Zach… Life as an entrepreneur might be new for Rick but he’s really excited about this opportunity and being in a city he loves. Rick’s wife is behind the scenes taking care of all the bookkeeping for the store.

Outcome: Experimac of Arvada, CO is reportedly closed. Ricardo Salinas & Zachary Salinas listed in the 2019 FDD List of Terminated, Cancelled or Not Renewed Franchisees as of December 31, 2018 Allison Stahl – Experimac of Pickerington, OH Allison, a Mechanical Engineer, spent more than 11 years traveling for her career and was ready to get off the road and buy a business of her own. Leroy McCarty and his wife Fonda will be joining forces to open and run their Experimac… Before opening his own business, Leroy served in the U.S Navy and Army for 13 years and deployed to Iraq 4 times.

“After learning about Experimac I came away convinced that it was going to be the next big thing in computers,” said Leroy.

The newest addition to the United Franchise Group, a family of brands… Experimac is backed by a reputation of business success. This, said Leroy, gave him confidence in the concept as a viable career choice.

“I grew up in a low income family but never let anything down so I am looking forward to offering top of the line products for affordable prices,” said Leroy…

Outcome: Experimac Jacksonville is reportedly closed. Leroy & Fonda McCarty are listed in the 2018 FDD “List of Terminated, Cancelled or Not Renewed Franchisees as of December 31, 2017”

It may be a start-up, but Gary Wolf’s not just getting started in business. The owner of Experimac Peoria, 5011 W. American Prairie Drive, spent 27 years at the Mitsubishi Motor plant in Normal.

“United Franchise Group led me to the Apple repair business while I was exploring a Sign-a-rama franchise that they also had,” he said.

“Experimac was a brand new franchise with them at the time and growing very rapidly. They knew that I liked working with my hands and that I liked trouble shooting problems. It just seemed like a great fit,” said Wolf. When it comes to having faith in a company, franchise owners Tim Larkins and Stephen Hyde have it in spades for United Franchise Group (UFG), a South Florida-based franchisor that boasts a variety of internationally-recognized brands. Larkins and Hyde recently purchased 13 franchise units, six Experimac® and seven Signarama®, which will grow the brands in the Texas and Louisiana markets…

“…this is historic– business partners purchasing 13 locations across two brands,” said Ray Titus, CEO and Founder of United Franchise Group. “We’re very excited to have Tim and Stephen as part of our UFG family, and we look forward to working together and seeing their businesses thrive.” 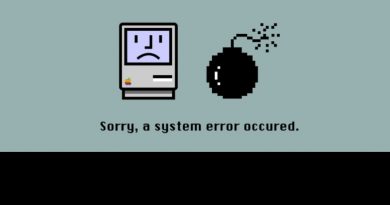