Senior Helpers complaints include allegations of failure to report a potentially abusive situation, inadequate caregiver screening, and putting profits ahead of its elderly clients’ well-being.

One commenter alleged that Senior Helpers failed to investigate or report a potentially dangerous situation.

After being told that a Client was afraid of their daughter, Senior Helpers did nothing to investigate the claims nor did they alert any state authorities

…After being told of the same daughter’s aggressive outburst of bringing a tire into the home and throwing it at their mother’s feet in a fit of anger, Senior Helpers did nothing to investigate the claim or alert the state authorities.

…After being told that the same daughter physically blocked their employee from leaving, Senior Helpers again did nothing to investigate the claim. All they did was tell the employee; "Well we weren’t there."

…After being told of the client’s daughter’s negative change in behavior in the way they treated their mother soon after gaining power of attorney, Senior Helpers again did nothing to investigate the claims or alert the authority.

It is our opinion that this firm cares more about their own financial gain than they do in fulfilling their financial obligations and making sure their clients and employees are treated in a fair and safe manner.

I am a employee of Senior Helpers and agree 100%.  I myself have had situations of concern and was told that they would do mediation and nothing was done.  I also know that they charge the clients different fees according to what they think they should pay… by looking at the address to where a client lives.  They are very money hungry people who could care less about the client or the caregiver.  The training they claim they give us would be laughable if it weren’t for the fact that we are talking about seniors here..

They are suppose to do mediations with the clients every so many months but they do not.  All they care about is you sitting there getting those hours so they can send you a bill.  Please DO NOT be fooled by the smiles and the talk of church from these people.  They have one agenda and that’s getting you or your loved one to write a check.  People please if you care at all for your loved ones research the business thoroughly before putting your love ones in their hands.  I am only with them because I love my client and she and her family counts on me to be there…Remember YOU HAVE BEEN WARNED!!! They will claim they are the highest paid sitter service out there, but trust me THEY ARE NOT…

I also work with another company who I feel really cares about the client as well as the caregiver.  They have counselors and clergy on hand 24 hours a day if you become stressed or concerned, so we do have honest people out there…

a loving caregiver alleges that Senior Helpers of Dayton underpays workers and does not perform drug testing on caregivers:

i work for senior helpers of dayton and i can tell you that they only care about getting paid. They dont care about their employees or clients it is very hard to get up and go to work for 8.00 a hour and do what they expect of us. They have no pay increasement so you make the same when you start as when you leave i would quit but i love my client and her family as if they was my own and couldnt think of not seeing them i am in a contract so i couldnt quit and still work for them so i am stuck please think long and hard about who you hire to care for your loved one and also they dont even drug test so some druggie could be taking care of your loved one just thought you should now

Mabes also alleged that Senior Helpers is primarily profit-driven and underpays its caregivers:

Money and profit is definitely the goal here. I worked for a franchise in PA for 1.5 years, finally getting terminated for demanding pay raise and health benefits they promised. They would pull me off regular assignments to work with clients I never met…sometimes I got to work with 2 CLIENTS, very sick, up day and night, of course, my pay was for 1. They typically charged clients in wealthy areas $225-250/day for live-ins, they paid me $90 after taxes!!! I told them to f#$% off and started my own agency and am in back in school for my RN.  I do private cases thru referrals and make $600-800 week and keep it all. These agencies don’t offer much for clients unless they are desperate. 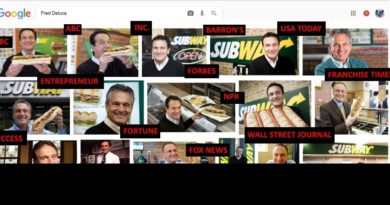