PIRTEK USA and similar franchisors can apparently require that franchisees purchase non-proprietary products from them at whatever price the franchisor feels like charging.  After having a strange dream about the worst COSTCO renewal offer ever, I ask former franchisee Jim Lager why any rational person would sign up for such a deal. By Sean Kelly 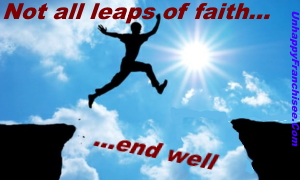 The other night I dreamed that a sales rep pitched me on a new buying club membership program.

“The yearly membership is very high for this exclusive program,” said the sales rep of the COSTCO/Sam’s Club-like store. “And members must agree to purchase ALL of their food and household items from us or face severe legal repercussions.”

There was a long silence as I waited for him to continue.

Confused, I said “Will your store guarantee that they’ll provide the lowest possible prices?”

“On, no,” laughed the salesman. “In fact, the prices you’re required to pay will, in many cases, be higher than you can get at the supermarket or Wal-Mart.”

When I woke up, I laughed “That was a crazy dream. Why would anybody pay to be in such a program?”

Then I realized I had fallen asleep while reading the 2020 PIRTEK USA Franchise Disclosure Document (FDD).

Earlier that day, I had interviewed former PIRTEK USA franchisee Jim Lager. PIRTEK USA franchisees provide sales, service and repair of hydraulic hoses and related products for industrial, construction and municipal clients. Until recently, Lager had been one of the top PIRTEK franchisees. His franchise served the Dallas market with both a storefront and a fleet of mobile service vans.

Lager had emphasized how important it is for prospective franchisees to understand how their franchisor makes its money. He claimed that franchisees who didn’t understand the franchisor’s business model (and that their first priority is franchisor, not franchisee, profits) is setting himself (or herself) up for disappointment and, likely, failure.

So I dug into the FDD of his former franchisor to see what he meant. 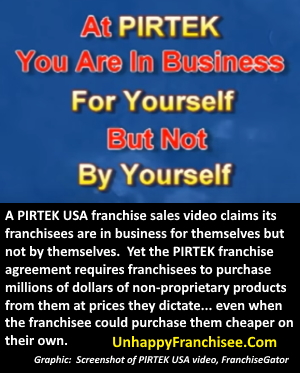 But in the Item 8 section of the FDD (RESTRICTIONS ON SOURCES OF PRODUCTS AND SERVICES), PIRTEK USA discloses that most of its revenue (over 85%, in fact) is derived not from its franchise royalties, but from the products that it marks up and requires its franchisees to buy at prices PIRTEK USA alone determines.

Does PIRTEK USA promise franchisees it will provide favorable pricing?

Does PIRTEK USA only mark-up proprietary products it manufactures?

It appears that PIRTEK USA is not a manufacturer nor does it have proprietary products. It simply sources generally available products, marks them up, and sells them to their franchisees.

So… PIRTEK USA uses the combined buying power of its franchisees to negotiate the best pricing and pass the savings on to… itself?

In 2019, more than $20M of PIRTEK USA’s total revenue of $24M was derived from “the sale of Inventory Products and other items” sold to its PIRTEK USA franchisees… many times at prices higher than they could have purchased elsewhere (according to their FDD).

In addition to marking up the required products as it pleases, the PIRTEK USA franchise agreement also gives the franchisor the right to charge franchisee vendors fees up to 20%, and to receive rebates from approved suppliers.

Do PIRTEK USA Owners or Executives Own an Interest in Any Approved Suppliers?

I wondered: Do PIRTEK USA owners or executives own a stake in the other suppliers of goods and services to PIRTEK franchisee? The PIRTEK USA FDD says no:

“Except for an officer who has an indirect ownership in the franchisor, no officer of the franchisor owns an interest in any approved supplier as of the date of this Disclosure Document.”

However, the PIRTEK USA FDD cover page states, “no government agency has verified the information contained in this document.” As always, it’s up to franchisees and prospective franchisees to do their own due diligence and verify the accuracy and truthfulness of what franchisors disclose in their legal documents.

Would Former Franchisee Jim Lager Sign Such an Agreement Today?

Honestly, I have a hard time understanding why anyone would sign a deal that appears to give a franchisor total control over their profitability on non-proprietary products.

I’ve known Jim Lager for several years. He’s a smart businessman and a top performing franchisee. I asked him why he would sign a franchise agreement that allows a franchisor to charge even unconscionably high prices if they choose to.

“When I joined PIRTEK USA as a franchisee, many years ago, I felt that the franchisor ownership and leadership team was very trustworthy,” said Lager. “I took them at their word that they would enable franchisees to operate at a fair margin. Becoming a franchisee always requires somewhat of a leap of faith. I felt that, in this case, it was justified, it was a leap worth taking.”

With hindsight being 20/20, I asked Jim Lager if he still thinks that the PIRTEK USA agreement he signed was a good one.

He declined to answer that directly.

Would he put that kind of trust in PIRTEK USA, or any franchisor, again?

“Well, let’s put it this way,” said Jim Lager. “I’m a former franchisee for a reason.”

2 thoughts on “PIRTEK USA Franchise: Not All Leaps of Faith End Well”