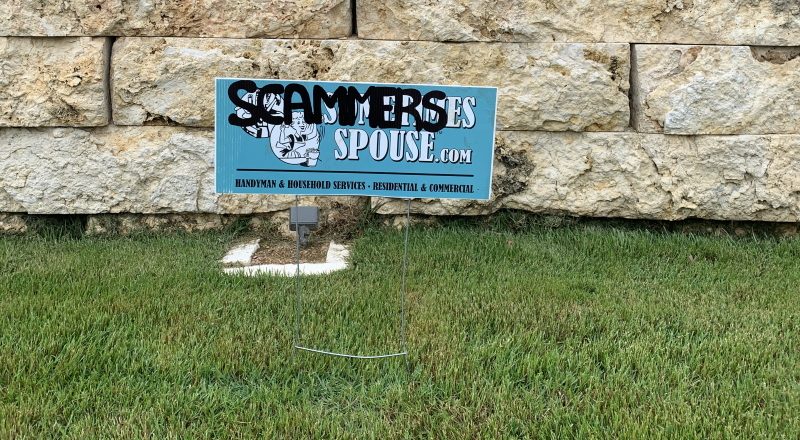 Ms. Ogle is telling struggling individuals that she can help them start a “recession proof” business.

The Ogles filed for Bankruptcy January, 2020 The couple that holds themselves up as business start-up gurus claim that they are $1.6M in debt.  Their “business empire” has $5,000 in the bank and its only asset is a $20 office chair.

Lawsuits by Franchisees & Partners  Christy Ogle & Max Ogle have been sued by more than 10 former franchisees and business partners in 4 separate lawsuits. False Location List As of 4/30/20, their Sometimes Spouse website contained a location guide and map showing 40+ non-existent office locations.  Many of these supposedly franchised offices have no address or use the addresses of UPS Stores or Postnet mail drops to give the illusion of actual locations.

Unsubstantiated Franchise Claims  Christy Ogle has admitted that they do not furnish a Sometimes Spouse Franchise Disclosure Document (FDD) required of all franchise sellers by the Federal Trade Commission (FTC).  An FDD would require her to disclose the company’s 100% franchise failure rate, its many lawsuits, and substantiation for her earnings claim that for a $5,000 investment “First year earnings range on average between $40K to $150K.”

Bankruptcy Fraud & Perjury Allegations  This website is actively compiling a report to be submitted to the U.S. Department of Justice alleging that Christy Ogle and Max Ogle made false statements in their bankruptcy petition and may have committed perjury in an official bankruptcy hearing.

The Ogle’s have no business offering anyone advice on starting or building a successful business.

The truth is that the Ogles’ collected dozens of $20K+ franchise fees from Sometimes Spouse franchise owners.

Every one of their Sometimes Spouse franchise businesses has closed & their franchisees lost their investments.