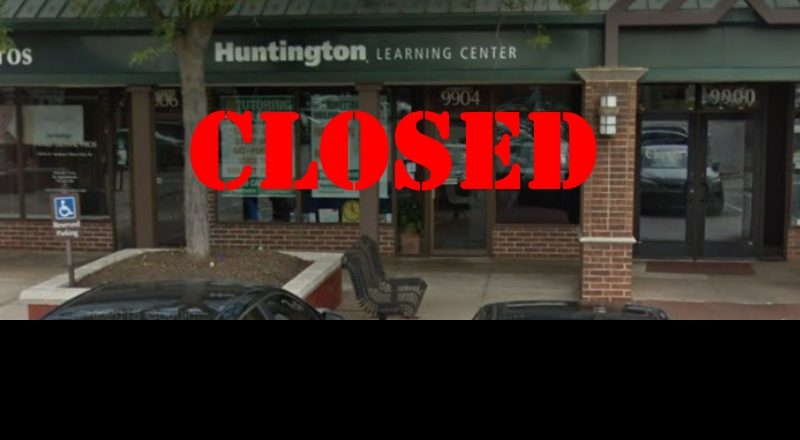 Sounds too good to fail, right?

They even use the tagline “Huntington Helps” in the URL of their website. Some former franchise owners think a more accurate tagline would be “Huntington Helps Themselves.”

They feel that Huntington Learning Centers, including founders Dr. Ray Huntington and Eileen Huntington, helped themselves to their savings, their 401Ks, their home equity and their family’s financial futures.

They feel that Huntington exploited their dreams of business ownership and misled them into buying into a system with one of the highest franchisee turnover rates in the country.

And when the system they were sold had fully drained them… the helpful Huntington franchisor sued them to extract their last bit of equity, dignity and willingness to warn others.

Warning About The Huntington Learning Center Franchise since 2012…

Huntington is fabulous at the marketing but they are nothing but a complete scam and are very good at blaming franchisees for any problems. Purchasing a Huntington franchise gives you the worst of all worlds. You have the added expense and headaches of a franchise with none of the support or experience that could be a benefit.

In 2015, we looked in on Huntington to see if things had improved.  The Huntington FDD still revealed disturbingly high franchisee turnover, shared here::

In fairness, we also pointed out that Huntington isn’t alone, or even the worst, when it comes to tutoring franchise turnover.  The whole tutoring segment is problematic:

* The current default rate may be different.

Franchisee Joe Lieberman Fires Back… And His Countersuit is Revealing

One can deduce from the court documents that franchisee Joe Lieberman, of Overland Park, Kansas, followed the Huntington Learning Center system, and had the benefit of what Huntington calls “unparalleled franchisee support.”

Yet Mr. Lieberman allegedly struggled to keep his franchise open and “worked for three years for only one salary payment of $6,000.”

According to Lieberman’s court filing document: “Because  of  Huntington’s  improper interference  with  Defendants’ operations, Defendants were unable to make any profit with their franchise and had to shut down in October 2018 after running out of money. Defendants may be forced into bankruptcy as a result.”

Suffering purported losses of more than $280,000,  Joe Lieberman apparently had no choice but to close the doors of his learning center, the Huntington franchise that had once been his dream.

The company that promises owners a “strong emotional return on investment” now demanded more than $20,000 in damages, the attorneys fees and litigation costs they incurred suing him, and interest of 18% per year or the “highest legal rate of interest permitted by law” sums due.

Apparently unable to afford an attorney to stand up to Huntington’s legal enforcers, Joe Lieberman filed a countersuit, by himself, against the arguably predatory Huntington Learning Centers.

And his counter suit is revealing.

Huntington Learning Center franchise owner – and litigation target – Joe Lieberman drafted and filed his own Answer, Counterclaims & and Third-Party Complaint in response to the franchisor’s lawsuit.

According to Lieberman’s Counterclaims and Third-Party Claims:

Half of All Huntington Learning Franchise Owners Fail – Lieberman

In his counterclaim document, former franchisee Joe Lieberman claims that Huntington tricked him into investing in their franchise program by providing gross sales numbers that were inflated by a single franchise location that had huge government contracts unavailable an ordinary franchisee like himself.

Lieberman claimed that later he realized the “truth”:  that the Huntington Learning Centers franchise is unprofitable and unsustainable for as many as half of its franchise owners.

Huntington  also  failed  to  advise  Lieberman  that  half  of  all  franchisees  in  the Huntington system generate less than $300,000 in annual sales… [and] are  unable  to  make  a reasonable profit.

Lieberman also claims that Huntington never told him that a previous franchise location had opened – and failed – in the same franchise area they had sold him.

Lieberman claims that part of the reason for his (and assumedly others’) demise was the support Huntington franchise marketing materials describe as “unparalleled.”

Lieberman claims that Huntington advised him to use a marketing tactic that turned out to be illegal in his market, and directed him to spend $5,000 per month on marketing efforts that provided “no material benefit.”

Judging by his complaint, Joe Lieberman has chutzpah.  Despite being up against two well-funded corporations and their two highly paid law firms, Lieberman is asking the court for compensatory, incidental and consequential damages, punitive damages, reasonable expenses and costs, pre- and post- judgement interest, and other relief the Court deems appropriate.

Judging by the fact that he is refusing to roll over without a fight, Huntington Learning Centers former franchise owner Joe Lieberman obviously believes that Truth is on his side.

We don’t know if it will be enough for him to prevail as a self-represented underdog in our skewed legal system.

But his relentless determination to stand up to legal bullies is enough to earn him an UnhappyFranchisee.Com Chutzpah Award.

NOTE 1:  Some characterizations of the parties’ situations and intentions are conjecture based solely on the court filings, and may be incorrect or mischaracterized.  We invite Huntington Learning and franchisee Joe Lieberman to correct us where we’ve erred.

NOTE 2:  It is the policy of Unhappy Franchisee.Com to invite companies and individuals discussed on this site to provide corrections, clarifications, rebuttals and/or statements of their points of view.  They may post messages in the comment section or email us at UnhappyFranchisee[dot]com.  We will attempt to reach out to Plaintiffs, Defendants and their attorneys and invite them to join the conversation regarding these important issues.

WHAT DO YOU THINK? ARE YOU A HUNTINGTON FRANCHISE OWNER OR FORMER FRANCHISEE?  SHARE YOUR OPINION BELOW.