“"Diversified Health has a pattern of doing this same type of thing, where they open a franchise and then go out of business and continue to draft the member’s accounts."  Jim Hall, Nautilus Fitness Centers, Sherman, TX

Franchise owner Ray Shoaf has high praise for Diversified Health & Fitness, the Fort Lauderdale-based conglomeration that collects and operates troubled and/or dying franchise fitness chains.  Shoaf’s franchise testimonial is prominently featured in Diversified Health & Fitness marketing materials.  However, Shoaf’s Fit for Her franchised club in Sherman, TX closed a month after its grand opening… and former members have few kind words for him.

Members billed for 6 months after Fit For Her club closed

According to a KTEN news report,

The good news?  It seems the club was no great loss.

Online reviews indicate the Sherman, TX Fit For Her club – with a one-star rating – is no great loss.  One reviewer wrote:

…The place is always nasty. Most of the employees are rude… There is always some reason that the gym is closing down, rather it be for the electric getting shut off or because of malfunctions with the card reader. its ridiculous, i mean how can someone run a business like that….He is always late paying his employees, and everyday that he is late on payment for them, there is always another excuse that comes up, ALWAYS, it never fails, then he refuses to pay his employees what he owes them after they no longer work for him… Ray Shoaf needs to learn a little about the management of a business before he trys to start something up, and be a little bit more professional with the way that he runs things…

WOW!!!  Place closed Down less a Year for not paying his bills or employees. Equipment was so out dated! When you try to call the place there is no anwser why he closed down, as well no REFUNDS! He is also closing the fitness center in ANNA "The Zoo".. So he scammed… members of there money, Since the finance company will [not] stop payment!

Ray Shoaf’s glowing testimonial for Diversified Health & Fitness is prominently featured in the company’s franchise marketing materials.  And it seems that he indeed has years of experience running Diversified-affiliated health clubs.  According to franchisee Ray Shoaf’s Linked In profile, he owned and operated Lady of America fitness centers for 14 years, owned the Sherman Fit For Her club and still owns The Zoo fitness club in Anna, TX.  All three of those chains are or were affiliated with Diversified Health & Fitness.

It makes one wonder:  Is billing customers for 6 months after a club closes just the way things are done at Diversified Health & Fitness? 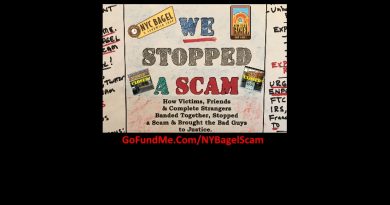 One thought on “DIVERSIFIED HEALTH: Fit For Her Members Cry Fraud”