Dickey’s Barbecue Pit franchise is generating a flood of horror stories and complaints from franchisees claiming they invested their life savings only to find that they were lied to by a shady, disreputable company with no regard for their success.

Common allegations include illegal and false pre-sale earnings claims, misrepresentation of start-up costs, vendor kickbacks to corporate, lack of support, ineffective marketing, and a predatory approach to franchising that includes setting up franchisees to fail and suing them for hundreds of thousands of dollars when they do.

Dickey’s Barbecue Pit CEO Roland Dickey, Jr. has been characterized in some complaints as so greedy he’d “sell his grandmother to make a dime.”

What do you think?  Do you agree with those who characterize the Dickey’s Barbecue Pit franchise program as a predatory investment scam, or do you see things differently?  Please share your opinion below.

Dickey’s Barbecue Pit: How to lose everything you own (and your livelihood) in 5 years or less.

Part One is published below.

Part Two is published here:  DICKEY’S BARBECUE PIT: How to Lose Everything in 5 Years or Less (Part 2)

I was very excited to get approved to own my very first franchise restaurant.

I was told by the sales department at Dickey’s that most of their restaurants see margins of up to 20% with net revenues on  average of 1 million dollars plus. So this told me, if I run their model, I should be able to profit up to  $200,000 per year.

This was not my experience, and I felt misled.

The most profits we ever seen in a month was about 8K. What they don’t tell you, and what I understand, is that 90% of their stores lose  money, or at best, break even in the months of January, February, and March. That means this franchise is only profitable 9 out of 12 months per year.

There is one exception to that rule, DBRI (Dickey’s Barbecue Restaurants Inc.) always make their money. They get 9% (5% royalty and 4% ad fund) right off the top whether you make money or not.

Several lawsuits and other complaints have also alleged illegal and deceptive earnings claims are given by Dickey’s sales staff.

Does Dickey’s lie to prospective franchisees about profits?  What’s your experience?  Share below.

Anonymous Dickey’s Franchisee claims Dickey’s is greedy and underhanded, and that Roland Dickey, Jr. would “sell his grandmother to make a dime.”

I should have seen the signs early on, but as they say at Dickey’s, “I drank the Kool-Aid”.

We paid 30K for our first restaurant and we were under unbelievable pressure to get this deal signed and done by the end of the year (this was happening in the middle of December). Dickey’s sales team told us they wanted to close the books on December 31st so this would help their bottom line. We Fed Exed and faxed documents for days, including the actual certified check, to get this done by December 31st . What we later found out, is that as of January 1st, they had lowered the price of the franchise from 30K to 15K.

This is indicative of my entire experience as a franchise owner.

Is Dickey’s greedy and underhanded?  Share your opinion below.

RDJ (Roland Dickey’s Jr.), as the saying goes, seemed willing to sell his grandmother to make a dime.

Oh, wait a minute, he actually did that.  Just over a year ago Dickey’s introduced us to Miss Ollie’s tea, his grandmothers’ recipe for iced tea.  Really no change in flavor or recipe basics, just kickbacks to DBRI from Community Coffee for selling so much tea and having his grandmothers name on the brand.

I will give you two of many examples:

These are just two examples of how Dickey’s recommends you spend your money. Where do you suppose all the excess money goes if you are being over charged?

Does Dickey’s get kickbacks at franchisees’ expense?  Share your thoughts below. 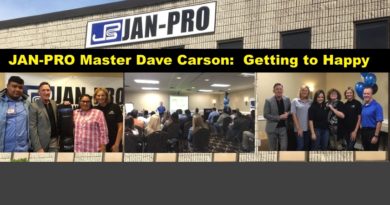 6 thoughts on “DICKEY’S BARBECUE PIT: How to Lose Everything in 5 Years or Less (Part 1)”