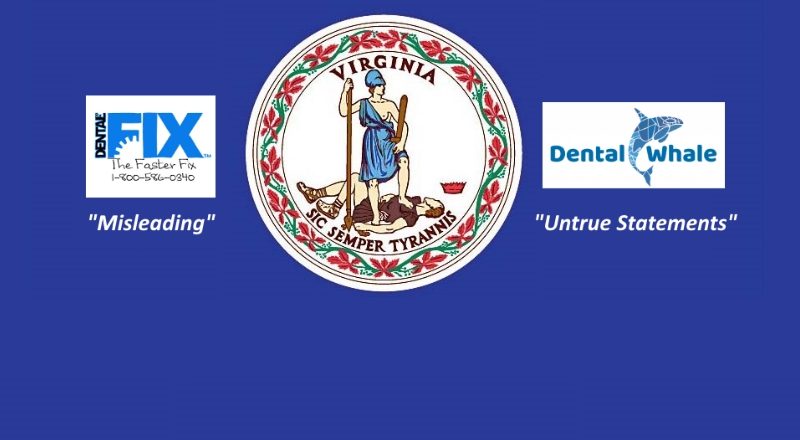 An investigation into Dental Fix RX franchisor Dental Fix RX, LLC and its CEO David Lopez by the Commonwealth of Virginia has resulted in a significant settlement on behalf of the company’s Virginia franchisees.  Represented by attorney Robert M. Einhorn of Zarco, Einhorn, Salkowski, Brito,  David Lopez’ company has agreed to extend to Virginia Dental Fix franchisees an offer of rescission of their franchise agreements as well as financial restitution.  The Commonwealth of Virginia alleges that Dental Fix RX and its employees deceived franchise owners with misleading franchise revenue representations and failure to disclose material facts.  The 11/20/19 Settlement Order is posted below.

And we reported on both Dental Fix’s participation in and VP Scott Mortier’s praise for a blatantly deceptive and misleading franchise advertising scheme here:  Dr. John Hayes & His 12 Amazingly Deceptive Franchises

Now it’s the Commonwealth of Virginia’s turn to call out the franchise sales practices of David Lopez and Dental Fix RX. The Commonwealth of Virginia Division of Securities and Retail Franchising has completed its investigation into the franchise marketing and sales practices of dental industry franchisor Dental Fix RX and determined that the company violated the Virginia Retail Franchising Act on multiple occasions.

According to the Virginia Settlement Agreement:

…the Division alleges that Dental Fix further violated § 13.1-563 (2) of the Act when certain employees of Dental Fix made untrue statements of material facts or omitted material facts in the offer and sale of franchises to the Virginia Franchisees by making representations about the potential monthly franchise revenues that failed to include:

Based on the investigation, the Division alleges the Defendants violated § 13.1-563 (2) of the Act by making untrue statements of material facts or omitting to state a material fact necessary in order to avoid misleading the offerees in the sale or offer to sell a franchise.

According to the Dental Fix Settlement Order:

The Division further alleges that from 2013 through 2016, Dental Fix’s website contained misrepresentations of franchise revenue forecasts that the Virginia Franchisees relied upon when purchasing the franchise in violation of § 13.1-563 (2) of the Act.

It appears that the Virginia franchise regulators have had prior issues with CEO David Lopez, a fact he unlawfully failed to disclose to prospective Dental Fix RX franchisees.

According to the Dental Fix FDD, David Lopez  has served as Chief Executive Officer and President of Froots Franchising Companies, Inc. in Davie, Florida from 2014 to present.

The Division alleges the Defendants failed to disclose in the franchise disclosure document that Lopez was chief executive officer of a franchise [FROOTS] that entered into a settlement with the Commission (SEC-2008-00105)1 as required under § 13.1-563 (2) of the Act.

Froots appears to be a near-defunct juice & smoothie franchise chain that reportedly had 49 domestic franchises in 2009.  All but 18 FROOTS franchises had closed by 2014, according to Entrepreneur.  While the Froots website currently lists 11 Froots U.S. locations, it appears that fewer than 10 are still open and operating.  Several locations listed as OPEN on the Froots website (Windermere, FL, Miami, FL, Mesquite, TX) appear to actually be closed.

In 2008, the Commonwealth of Virginia investigated & fined FROOTS for selling unregistered franchises in their state.  David Lopez signed that Settlement Order as well, but failed to disclose SEC-2008-00105 (See below) in the litigation section of the Dental Fix FDD.

The Settlement Order does not require Dental Fix RX, LLC or David Lopez to either admit or deny the allegations.  However, it obligates Dental Fix RX to offer each of the six (6 ) franchisees a rescission (nullification) of their franchise agreements, and to pay each a significant sum:

As a proposal to settle all matters arising from these allegations, the Defendants have made an offer of settlement to the Commission wherein the Defendants will abide by and comply with the following terms and undertakings:

The maximum amount of restitution that shall be owed by Defendants is One Hundred Twenty-two Thousand Five Hundred Dollars ($122,500) if all five current Virginia Franchisees accept the Offer.

Additionally, Dental Fix RX must pay $17,000 in penalties and cost reimbursement to the Commonwealth of Virginia: The ADMISSION & CONSENT agreement was signed on 11/6/19 by CEO David Lopez and Seen and Approved by Robert M. Einhorn.