Curves on Fourth St. in Albany, MN has shut its doors for good, and franchise owner Carol Smith blames the recession.

Carol Smith a pastor at Place of Hope in St. Cloud, and also owns another Curves in nearby Sauk Centre.  According to the SC Times,  Albany Curves had been open for six years; Smith had owned it for two years.  According to the article, Smith contends “the economy forced women to decide between putting food on the table and working out. They chose to let their memberships lapse as memberships decreased from more than 100 two years ago to about 45.  It wasn’t enough to keep the business running, she said.”

I have no doubt that the economy has played a role in this closing, but a community the size of Albany has only so many potential members. Even 100 members would make it difficult to stay alfoat, even if the owner was the full time employee. Curves owners have to be a special kind of person. As the membership declined, bills would go unpaid, members would see the deterioration, and more members would quit….and so on. Probably should not have gotten this far before closing, but worse things have been done by better people. I am sure the owner will discover new found peace.

It closed cause she is a poor business leader…………doesn;t pay her bills either!

Was the recession really to blame?  Or was the market too small?

Following up on GoGopher’s point, a quick search reveals that the population of Albany, MN in July 2007 was 2,095 with a median resident age of 35.8 years and estimated median household income of $38,448.

If you subtract 25% for those under 18 or too old to join, you get a 843 total potential members.

Is this really enough population to support not one – but two – Curves clubs?  Was this market really doomed from the start? 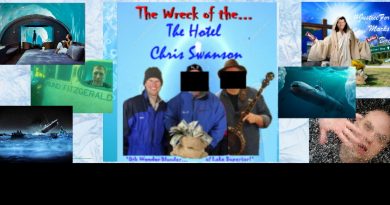