(UnhappyFranchisee.Com)  Franchises that offer tutoring and test preparation have been hard-hit in recent years, with many well-publicized closings that left parents irate, children tutor-less, and franchise owners in or near bankruptcy.

UnhappyFranchisee.Com analyzed the 11 top tutoring and test preparation franchises, and found an average of 25% franchisee turnover within the last three years.

That means that 1 in 4 tutoring franchise agreements ended prematurely with the franchises being terminated, closing their doors, or transferring to the franchisor or other owners.

Mathnasium had the lowest franchise turnover rate with 17%  –  which is no cause for celebration and would be considered relatively high in other segments of the franchise industry.

³ Includes all franchises reported as terminated, non-renewed, reacquired by franchisor, ceased operations – other reasons, and transferred to new owners. While a transfer could reflect a franchise sold for a profit, it often means sold at a loss.

Why Are Tutoring Franchises Failing?  What Are Franchisors Doing to Help?

According to a report released by IBISWorld, annual revenue for tutoring and test preparation franchises declined as the economic downturn reduced the discretionary income parents had to spend on private tutors for their children.

At the same time, profits were squeezed due to an increase in wages for the highly qualified employees franchisees need to compete with online services.

Tutoring franchises are also having to compete with a surge in Internet-based live tutoring and online supplementary education materials and programs.

What are the challenges facing tutoring franchisees and causing the high turnover rates listed above?

What are franchisors doing to help their franchisees over come these challenges?

Should franchisors with 30%+ turnover suspend franchise sales until they can provide more stable opportunities?

ARE YOU A TUTORING FRANCHISE OWNER, TUTOR, EMPLOYEE, EXECUTIVE, PARENT OR STUDENT?  SHARE YOUR OPINION BELOW. 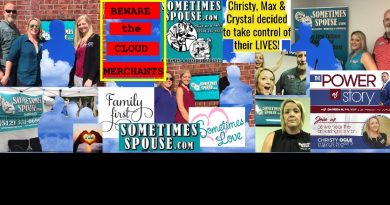