Legacy Academy and franchisors Frank Turner and Melissa Turner committed fraud and criminal theft by deception against its franchisee, according to Superior Court of Gwinnett County. The Georgia Court of Appeals has affirmed the precedent-setting decision. Orininlly published August 19, 2014, updated 10/1/15.  See link to important update below.

The Georgia Court of Appeals affirmed the judgment of the Superior Court of Gwinnett County finding Legacy Academy, Inc. (“Legacy”) and its owners, Franklin Lee Turner and Melissa Veal Turner (the “Turners”), committed fraud and criminal theft by deception with respect to a former Legacy franchisee. Following a week-long trial last April, a jury concluded Legacy and the Turners fraudulently induced Michele and Lorraine Reymond (the “Reymonds”) to enter into a franchise relationship with Legacy by falsely representing a pro forma financial statement was based on the historic performance of then-existing franchisees.

Legacy and the Turners appealed the trial court’s judgment on the jury’s verdict for a host of reasons, including purported errors when the trial court denied Legacy and Turners’ motions for summary judgment, directed verdict and a new trial.

In a full-Court decision, however, the Court of Appeals rejected all these arguments.

As a result, the Reymonds’ franchise agreement with Legacy has been rescinded and the Legacy and the Turners are jointly and severally obligated to pay the Reymonds monetary damages in the principal amount of $1,155,000.

Legacy Academy has had contentious and turbulent relationships with its franchisees, some of which have been documented on UnhappyFranchisee.Com:

Read more at ICHTER THOMAS: Franchisees Can Now Use FTC Franchise Rule to Sue in Georgia.

According to a release by Ichter Thomas:

Of particular note, however, the Georgia Court of Appeals ruled, for the first time, that franchisees can assert claims for relief under O.C.G.A. § 51-1-6 for violations of duties arising under the Federal Trade Commission’s (“FTC”) franchise rule, 16 C.F.R. Parts 436 and 437 (the “Franchise Rule”).  The FTC promulgated the Franchise Rule pursuant to its authority under the FTC Act, 15 U.S.C. §§ 41-58, for the stated purpose of “prevent[ing] deceptive and unfair practices in the sale of franchises and business opportunities….”  FTC, Disclosure Requirements and Prohibitions Concerning Franchising and Business Opportunities, 72 Fed. Reg. 15,445 (Mar. 30, 2007).  As a result, the Franchise Rule imposes substantial, pre-sale disclosure requirements on franchisors concerning a variety of issues, including their business experience; litigation history; fees; supply chain restrictions; assistance and support to franchisees; renewal, termination, transfer and dispute resolution procedures; and financial performance representations.

Franchisees, however, cannot sue to enforce the Franchise Rule.  See Holloway v. Bristol-Myers Corp., 485 F.2d 986, 987 (D.C. Cir. 1973) (“[P]rivate actions to vindicate rights asserted under the Federal Trade Commission Act may not be maintained”).  In addition, several courts have concluded that, even if a franchisor violated the Franchise Rule, the franchisee is still stuck with the franchise agreement.  See, e.g., Vino 100, LLC v. Smoke on the Water, LLC, 864 F. Supp. 2d 269, 281 (E.D. Pa. 2012) (“[A] franchisee may not use a franchisor’s alleged noncompliance with Rule 436 to invalidate a franchise contract”); Holiday Hospitality Franchising v. 174 W. Street Corp., 2006 WL 2466819, at *6 (N.D. Ga. Aug. 22, 2006) (“[T]he Defendants have not cited—and the Court cannot find—any case in which a court has voided an otherwise valid and enforceable franchise agreement because of regulatory violations”).

Furthermore, while the FTC can enforce violations of the Franchise Rule, it often does not.  See GAO-01-776, FTC’s Enforcement of the Franchise Rule 3 (July 2001) (“FTC staff told us that limited resources and other law enforcement priorities prevent[] FTC from pursuing every meritorious complaint and investigation involving franchises and business opportunities”).  All of this is a particular problem for franchisees in states that, like Georgia, do not have any statutes, i.e., disclosure, registration or relationship laws, of general application.  Cf. Georgia Motor Vehicle Franchise Practices Act, O.C.G.A. § 10-1-620 et seq.

O.C.G.A. § 51-1-6, however, provides that “[w]hen the law requires a person to perform an act for the benefit of another or to refrain from doing an act which may injure another, although no cause of action is given in express terms, the injured party may recover for the breach of such legal duty if he suffers damage thereby.”  Courts applying Georgia law have previously held this statute allows private litigants to sue for a breach of legal duties arising under federal statutes (and the regulations promulgated pursuant thereto) that themselves do not confer the right to sue.  See, e.g.,  Pulte Home Corp. v. Simerly, 322 Ga. App. 699, 746 S.E.2d 173, 179-80 (2013) (Clean Water Act); Cardin v. Telfair Acres of Lowndes County, 195 Ga. App. 449, 450, 393 S.E.2d 731 (1990) (OSHA).

For more information on Georgia-based Ichter Thomas, see the profiles for attorneys Cary Ichter and Dan Davis in our Franchise Attorneys Directory. 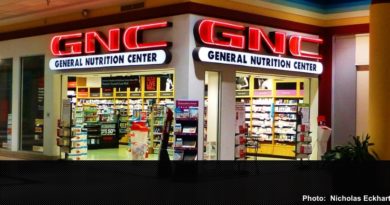