The number of 7-Eleven franchise store seizures by 7-Eleven, Inc. continues to grow.

(UnhappyFranchisee.Com)  One of the latest targets is the 7-Eleven franchise of Danny Wong, (7- Eleven Store No. 19909D) which is located at 1931 North Lombard, Portland, Oregon.

According to Wong’s franchise agreement, he paid a franchise fee of $126,600 and a down payment of $22,000 on corporate financed inventory and other fees and expenses.  He entered into an agreement to split profits with 7-Eleven, Inc. approximately 50/50, depending on volume.

Interestingly, a 2012 story in the Oregonian (As 7-Eleven expands across Portland, even a North Portland franchise joins neighborhood opposition) stated that 7-Eleven franchisees were joining with community groups in opposing 7-Eleven’s Portland expansion.

The story quotes the brother of a franchise owner who was opposed to the opening of another store on Lombard Street, ten blocks away from their store.

Notable is the brother’s contention that 7-Eleven, Inc. is indifferent to its franchisees’ welfare:

Saleh said the company claimed it wouldn’t build another store within a half-mile of theirs. Now he and his brother fear they could lose up to 50 percent of their customers.

Here’s an excerpt (with first section and paragraph numbers deleted):

Generally, the Franchise Agreement licenses Franchisee’s use of 7- Eleven’s system and marks and also leases to the Franchisee the store property and equipment, which are owned by 7-Eleven. In exchange for these benefits, Franchisee agrees to pay to 7- Eleven a percentage of its gross income.

The Franchise Agreement regulates the relationship between Franchisor and Franchisee and provides for, among other things, certain minimum merchandising obligations, store appearance and image standards and financial net worth requirements.

If Franchisee fails to comply with the Franchise Agreement, under paragraph 26, 7-Eleven may notify Franchisee of its violation and, as the case may be, permit Franchisee a period of time to cure that violation.

Between September 15, 2011, and January 16, 2013, 7-Eleven notified Franchisee of at least five separate instances of material breach of the franchise agreement.

Subsequently, Franchisee continued to violate the Franchise Agreement by not maintaining the store premises to minimum standards, failing to timely deposit cash receipts and failing to carry a reasonable and representative quantity of required merchandise categories.

Under Paragraph 26(b) of the Franchise Agreement, if Franchisee has received more than three notices of material breach in the preceding two years, 7-Eleven may terminate the franchise agreement immediately.

Generally, the Settlement Agreement permits Franchisee’s continued operation of Store 19909D for a period of 180 days during which time Franchisee has the opportunity to sell its interest in Store 19909. Provided there were no further breaches of the Franchise Agreement and Store 19909D was unsold at the end of six months, 7-Eleven could, in its discretion, extend the sales period by 60 days.

Upon the expiration of six months from entry into the Settlement Agreement, in or around December of 2013, 7-Eleven agreed to extend the sales period to February 10, 2014.

On or around January 16, 2014, Franchisee stated to 7-Eleven that (1) he would violate the Settlement Agreement by refusing to surrender it upon expiration of the sales period; (2) his attorneys would assist him to this end.

All conditions precedent to this action have occurred, have been performed or have been otherwise met.

This action presents an actual and substantial controversy within this Court’s jurisdiction under 28 U.S.C. § 1332 as the parties are of diverse citizenship and Store 19909D’s real property, equipment and going concern value is far more than $75,000.00 in amount.

Both an actual injury and a substantial likelihood of future injury to 7- Eleven exist because Franchisee has repudiated the Settlement Agreement by stating that he would not honor its terms upon expiration.

WHEREFORE, 7-Eleven requests that this Court enter judgment against Franchisee as follows:

a. A judgment declaring Franchisee in breach of the Settlement Agreement and declaring that Franchisee must surrender Store 19909D upon the expiration of the sales period;

b. Injunctive relief enforcing the declaratory judgment and directing Franchisee to surrender Store 19909D and to comply with his other obligations under the Settlement Agreement;

c. Its reasonable attorney fees, costs and expenses incurred in this action;

d. An award of post-judgment interest; and

e. Such further relief as this Court deems just and reasonable. DATED this 27th day of January, 2014.

Some 7-Eleven franchise owners claim that 7-Eleven, Inc. is on a campaign to “clean house” and is targeting East Asian and Indian franchisees for expulsion from the system. 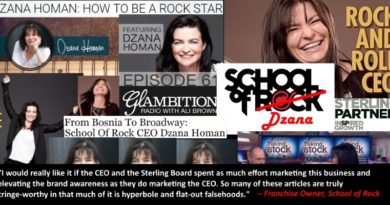 7 thoughts on “7-ELEVEN Targets Portland, OR Franchise for Seizure”