Qualicare Managed Homecare franchise complaints.  Are you familiar with the Qualicare franchise?  If so, please share a comment – positive or negative – below.

(originally published February 24, 2012) According to the Qualicare website, “Qualicare offers healthcare solutions for people struggling with life’s changes due to medical events. We help people stay at home when faced with acute or chronic illness or when challenged by aging. Qualicare provides guidance, support, hourly or live-in care and private nursing services.”

Qualicare franchise website claims it provides exceptional franchise support:  “We are committed to every business owner in our system. Our priority is to make you successful, so that you represent our quality brand in an exceptional way.”

“We’re committed to your success, which means being available to answer your questions.” the website states. “In addition, we’ll follow-up with one-on-one coaching. Our coaches get involved in your territory, to help you realize the true benefits our business model offers. We’ll encourage your suggestions because every franchise owner is an important part of our team.”

However, we’ve received a complaint that tells a different story.  An UnhappyFranchisee.com reader, who claims to be an early Qualicare franchisee, writes:

This is a post that I am writing to bring to everyone’s notice regarding Qualicare franchise. I would be obliged if you can get this published so that no other person faces the same issue as I have faced and Qualicare management addresses the concern of their franchise owners professionally:

“Qualicare has a dubious entity. When they offer their franchise they make so many promise that they will offer full technical support when anyone purchases their franchise but all these are fake promises. I purchased qualicare franchise to serve needy people but qualicare management is just there to make money, all they do is extract franchise money from people like me and fill in their own pockets.

All I want to say is that, please do not believe these Qualicare guys, they are a fake senior care organization who just want to make money by making fake promises.

The Qualicare franchisee complains that:

As with all complaints on UnhappyFranchisee.com, we do not vouch for the identity of the complaintant or the accuracy of his/her complaints.  However, we point out that these are issues worth investigating for yourself if you are considering the Qualicare franchise opportunity.

We invite your comments, opinions and insights below.

ARE YOU FAMILIAR WITH THE QUALICARE FRANCHISE OPPORTUNITY?  IS IT A FRANCHISE SCAM OR LEGITIMATE OPPORTUNITY WITH A CARING FRANCHISOR? 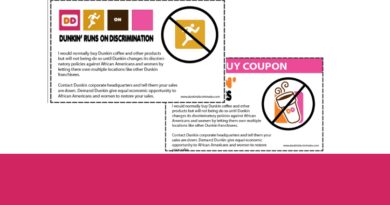