Entrepreneur magazine has ranked the Liberty Tax Services franchise #3 behind  McDonald’s & Subway.  However, some commenters who claimed to be former Liberty Tax franchisees left stern warnings on the Franchise-chat forum.  Read their comments at:  LIBERTY TAX SERVICES Franchise Complaints.

However, one commenter on the same forum claimed to be a successful and happy Liberty Tax Services franchise owner, and shared his thoughts and financial details. He rebuffed the detractors and defended the Liberty Tax franchise opportunity.

Good grief, people, just listen to yourselves. Entrepreneur magazine, independently of any of us here and our personal axes to grind, ranks Liberty as the #3 franchise opportunity in the country. Best in their category and better than any other except Subway and MacDonald’s. So, if you don’t want to cook food for people, it’s the best franchise according to them.

Yes, there are some franchisees who don’t make it, and when they violate their contract Liberty will sue them to enforce their rights under the contract they both agree to. Yes, Liberty charges a franchise fee and royalties – just like any franchise organization. Compare their royalties to Jackson Hewitt or H&R Block for a real eye opener, folks. They’re lower.

And no, the franchise fee is not pure profit, much of it goes to their area developers who provide the franchisee with direct operational support.

Reliable managers? If you are not a good business person you may not find good people. I have good solid managers for my two Liberty locations. My revenues are up 18% right now from last year, when my profits from two stores totaled $75k. I expect profits of at least $90k this year and upwards from there. Two territories.

But yes, some people fail. Liberty can tell you what you should do, but you can decide to do it your own way. If you know better than them, then by all means do it yourself. You’re a fool to pay for someone’s brand and system and then not use it.

For a total investment of $100k I have a business that will provide me with $90k a year in income for as long as I care to do this. I could expand, and Liberty would be very happy if I did, but I don’t want to. Other do, and make more. Some cannot run one store. But whose fault is that? 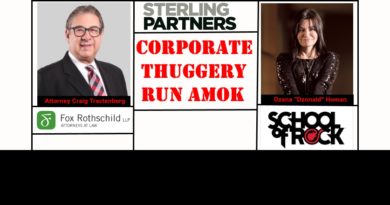