…there was actually a clause that said, “We can terminate our contract with you, at anytime, for any reason and for no reason at all” I thought “Are you kidding me?” Who on God’s earth would enter into a contract with a clause like that?”  Robert, former franchise prospect

A surprising number of prospective franchise owners abandon logic and common sense when they are bitten by the entrepreneurial bug.  These are people who have amassed a certain savings from not only years of hard work, but scrupulous budgeting and planning, and rational financial practices.  But for some reason, many are willing to abandon the logic and practicality that guided them for years and risk it all by entering win-lose binding franchise contracts that basically puts their financial futures completely in someone else’s hands.

Lured by the (relatively) low investment, bogus franchise rankings and awards and aggressive franchise sales forces, many otherwise smart individuals get enamored with the idea of owning a janitorial cleaning franchise.  Robert was one such franchise prospect.  However, Robert actually took the time to read the contract he was being asked to sign, to think about the potential ramifications, and to actually “do the numbers.”

Here’s what Robert discovered about “franchise cleaning scams.”  Anyone considering a janitorial or cleaning franchise would do well to consider the ponts he raises:

“I almost bought into one of these cleaning franchise scams, Think about the insanity of this business, I actually considered handing over $10,000 to an outfit for them to allow me to clean an office building that was totally under their control, and not only pay them that huge amount of money so I could do all the cleaning, but pay them 21 percent of what they were promising to pay me, after i gave them $10,000.

“I always pictured having a conversation with the office manager and saying, ‘You know, I paid $10,000 to have the opportunity to clean this for you and earn an hourly wage’ I just imagined them saying ‘You fool, the sales person was on the phone with me maybe 10 minutes to set up the walk-through, we agreed on the contract within an hour, I gave him the ok after thinking about it for 24 hours, and you got suckered into handing over $10,000 when I could have let you have it for free and you would not be paying 21 percent off the top.’

“Just food for thought of the insanity of this business.

“After interviewing with the scam artist (Master Franchiser) I read over the contract, Totally in their favor, there was actually a clause that said, ‘We can terminate our contract with you, at anytime, for any reason and for no reason at all’ I thought ‘Are you kidding me?  Who on God’s earth would enter into a contract with a clause like that?’

I questioned him on this, the answer I got back was, ‘As long as you are doing your job, there is no reason to terminate you’

“I said, ‘its sounds as if I am your employee And regardless of what you are saying to me hear, what is in that contract book is what will count in a court of law, if you terminate me for no reason what so ever, I have no grounds to fight back because I signed your agreement’

“I told them to amend that clause, they would not.

“Also, if the office manager of the building you are cleaning wants to cancel their contract for any reason, they allow that, even though they tell you they have a one year or two year contract with them, It was told to me, ‘We don’t want them unhappy and we are not going to hold them against their will’ But you will keep my money, I cannot get my money back if they cancel,

“But what it came down to for me was the math, I was told $17.00 to $21.00 an hour they get out of the contract, OK, subtract, the 21 percent right of the top for the Master Franchise Owner, now factor in the $10,000 I was going to pay for the account, it would have taken me i figured, 7 months to just earn my money back, If the contract was for two years, I have one year and three months left on this contract where i have to see a profit, I will have basically worked for 7 months for free on a two year contract, so far, not adding up. $17.00 minus the 21 percent, leave me $13.43, now subtract about 20 percent in taxes you pay, uncle sam wants his cut, now i am in the $10.00 an hour range, still need supplies, gas for the car to get to the site,

“And all of this is hanging in the balance of if the contract stays for a whole two years, if it cancels in one year and they often do, or you are terminated because the Master Franchiser knows where his bread is buttered, on the resale of those accounts bebore they cancel completely.

“Between the contract being totally in favor of the Master Franchise owner and the wages dropping below $9.00 an hour, I thought, why on earth would i make an investment in a businesss that sits on shakey ground, actually this business adventure sits on water, as soon as you hand over your hard earned savings, you will sink like a rock. I spared myself the headache and tossed the contract book where it belongs, in the trash, I hope for all of you people that got ripped off, you get your money back.

“The people running these scams should do some jail time for this fraud.” 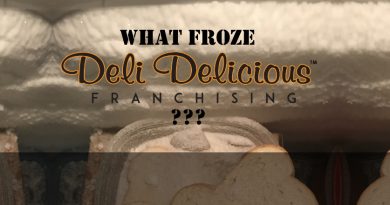 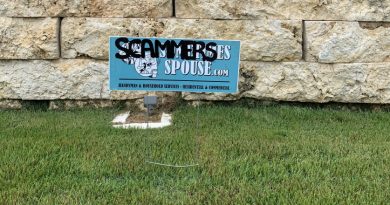