However, if HUMAN Healthy Vending turns out like the Revive Energy Mints vending franchise, the only thing American consumers will be losing is their life savings, credit ratings, and peace of mind.

Through a sales program allegedly run by William Wotochek, hundreds of Revive Energy Mints vending opportunities were sold to individuals who invested $12,000 to $25,000 or more.

In or around July or August, 2011, Revive Energy Mints disconnected its phone lines, abandoned its offices and disappeared without a single word of explanation.

Revive franchisees were left with no way to reorder product, with garages and basements filled with worthless machines, and without the “lifetime support” promised by Chierotti, Russo, Wotochek and others.

Many investors, several of whom are physically disabled, were left penniless.  Savings gone, one Revive franchisee battles Lou Gehrig’s disease with the anguish of possibly leaving his loved ones saddled with debt.  Some declared bankruptcy.  One couple had their truck repossessed from their driveway at night, while they slept.

The Revive Energy Mints victims never received a single word of explanation or apology from Bill Wotochek or anyone of the others who persuaded them to put their trust in Revive franchising.

The similarities between HUMAN Healthy Vending and Revive Energy Mints are frightening:

Both vending franchises were founded by two clean-cut 20-somethings with polished stories and inspired business “visions.”

HUMAN Healthy Vending was founded by Sean Kelly (not to be confused with the franchise writer Sean Kelly) and Andy Mackensen.

Both vending opportunities have or had slick, colorful brands and professed to be combining the benefits of vending with innovative, healthier options.

While the other similarities might be superficial, the fact that franchisee and distributor recruitment efforts for both companies are spearheaded by Bill Wotochek is anything but.

In our interviews with Revive Energy Mints victims, Bill Wotochek’s name came up repeatedly as the man instrumental in convincing them to invest in the doomed vending scheme.

The 2011 Revive Energy Mints Franchise Disclosure Document lists William “Bill” Wotochek as having a leading role in both Sito Marketing and Revive Franchising:

HUMAN Healthy Vending FDDs are sent to registration states with a sworn, signed and notarized statement from HUMAN CEO Sean Kelly that all statements and representations in the FDD are factual and truthful. However, the HUMAN Healthy Vending 2012 FDD appears to intentionally misrepresent the role Mr. Wotochek played in the Sito Marketing LLC and Revive Franchising.

The HUMAN Healthy Vending FDD downplays Mr. Wotochek’s role in the vending franchise disaster by stating only “He was a sales representative for Sito Marketing, Inc. from January 2008 through July 2011.”

Why does HUMAN Healthy Vending not disclose that Bill Wotochek was, in fact, Vice President of Expansion for Sito Marketing, LLC and that in October 2010, Mr. Wotochek was promoted to President of Revive Franchising, LLC?

ARE YOU FAMILIAR WITH HUMAN HEALTHY VENDING, BILL WOTOCHEK, OR REVIVE ENERGY MINTS?
PLEASE SHARE AN OPINION OR INSIGHT BELOW. 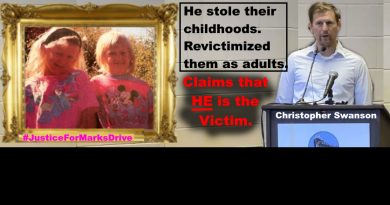