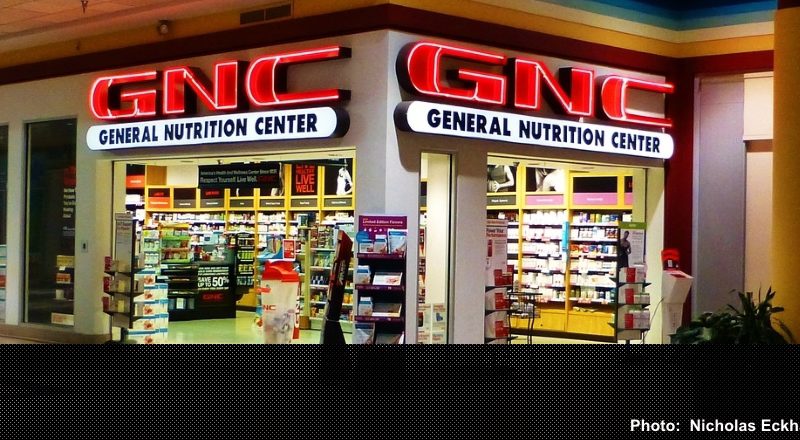 GNC franchise cost can range dramatically depending on whether you build out a new store location or convert a company-owned store to a franchise store.  Is the GNC franchise opportunity a sound investment at this time?  Unhappy Franchisee investigates and shares our concerns.

(UnhappyFranchisee.Com)  General Nutrition Corporation is a Pittsburgh, PA corporation that is the franchisor of the GNC retail brand. According to the 2016 GNC Franchise Disclosure Document (FDD), the total investment necessary to begin operation of a single new GNC franchise store ranges from approximately $192,117 to $354,217.

The company is also selling off company stores as franchises.  The cost to convert a single company-owned store to a franchise store ranges from approximately $158,817 to $806,597.

In 2015, GNC announced an initiative to sell off 1000 company stores as franchises in the next few years.  The Company reported that it completed the conversion of 86 corporate stores during the second quarter of 2016, of which 84 stores were sold to one franchisee. The Company “remains on track to meet its 2016 goal to refranchise 200 company-owned stores.”

We were recently asked to look into the GNC franchise opportunity and share our concerns.

We acquired and analyzed the most recent Franchise Disclosure Documents (FDDs) the company has registered with state regulatory agencies, as well as the FDDs for previous years, audited financial statements and other documents provided with these required filings.

As GNC is a publicly traded company, we also had the opportunity to review both the company’s recent stock filing documents, press releases as well as the published evaluations of the company by stock analysts.

We hadn’t delved too deeply into the GNC franchise opportunity before alarm bells began ringing and red flags began to wave.

Our most immediate concerns included:

ARE YOU A GNC FRANCHISE OWNER OR FRANCHISEE?

BIZZIBIZ Jim Piccolo, Out, Kurt Ohlson in as CEO of Bizzibiz