SmartMoney.com surveyed franchisees from different franchise chains regarding the cost to them of some current and recent promotions. The Smart Money article points out that franchisees generally bear the brunt of a promotions’s cost, including the food, labor, rent and utilities, among other things.

Promotion: 31 Cent Scoop Night – This annual promotion occurred between the hours of 5pm and 10pm on April 29.

What they normally charge: $2.29 (one single scoop)

Bottom line for restaurant: Loss of roughly $1.45 a scoop

Baskin-Robbins’ 31 Cent Scoop Night is done in the name of charity. Not only does the company donate $100,000 to NVFC National Junior Firefighter Program, but it’s also quite generous to ice cream lovers as well. One scoop (of any flavor you choose) for just 31 cents compared to the regular price of $2.29 at one location in Wisconsin is a pretty sweet deal. Franchisees don’t feel much of that goodwill, however: Beyond the approximate 60-cent cost of the ice cream, a spoon and a cup, store operators also pay another $1.15 per scoop for rent, utilities and labor, estimates one store owner in Wisconsin. Baskin-Robbins spokeswoman, Danielle Sullivan, says the company’s own calculation on per-item profitability differs from those provided to us by franchisees, but she declined to give specific figures. She also declined to comment further on costs and profits. 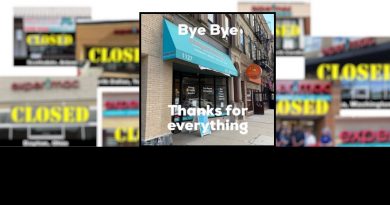