Do you have a complaint with Jiffy Lube?  Please share your experience and your complaint in the comment section below.

Jiffy Lube is the largest system of franchised service centers in the fast lube industry.

Jiffy Lube also seems to be the target of its share of customer complaints, exposes and hidden camera investigations.

Here are just a sampling or recent Jiffy Lube consumer complaints posted online on such complaint sites as Ripoff Report and ComplaintsBoard.com.

I am new to town, so took my Honda to the Jiffy Lube in Hopkins, MN for an oil change.  I was told by (the manager?) Justin, that my car had no fuel filter, and that if I did not have my fuel system cleaned, that my injectors?? would clog up.  Sounded reasonable, so I approved the service.


Later, at the dealer for another service under warranty, the mechanic told me the Honda DOES have a fuel filter, in the fuel tank, designed to last the life of the car.  Also, that although these fuel system cleaners are not necessarily BAD, I was sold the service under totally false pretenses.

Now, I don’t mid paying for reasonably required or recommended service, but I was OUTRIGHT LIED TO, and that really makes me angry. Since Justin took the opportunity to lie to a NEW customer, I will no longer patronize this Jiffy Lube, and will warn all my friends and co-workers to stay away as well.

I watched as the oil change was being done to my car, noticed that they did not vacuum the floor, clean the windows nor checked my tire pressure. I thought maybe that the old service of those things being conduct were not done anymore, since I had not been to a jiffy lube in a long time. But when I got home I noticed that the invoice reflected that all of those things were done, when in fact they were not.

This was a total rip off.  In speaking to the manager of Jiffy Lube, he said they asked her about it first.  My daughter said they did mention the air filter, but did not say anything about the radiator fluid replacement.  The manager just kept saying well we asked her.

I will never use Jiffy Lube again and neither will anyone I know.  They took total advantage of a 17 year old.

SportsFan claims that the Salem New Hampshire Jiffy Lube destroyed his car’s engine due to the oil reservoir being empty:

I brought my car into Jiffy Lube in June of 2011.  I purchased the signature service with upgraded synthetic oil.  After driving some weeks later, my engine started making knocking noises, and what sounded to be "flapping" noises as well.  Upon bring my Ford Escape Hybrid to the local dealer, I was told that the engine was dry of oil.  I was also told that there were no leaks!

I was also informed that the engine was destroyed, and would have to be replaced, at a cost of over $5,000.  I got a second opinion from an independent repair shop, and was told the same thing.

Upon contacting the Jiffy Lube store, I was told the it wasn’t their fault, and they refused to help and hung up the phone on me. They claimed that they put a number of quarts into the can, yet I know that the oil is added manually by employees via a hand held "gun" dispenser.

I am looking for justice through the State of New Hampshire court system. 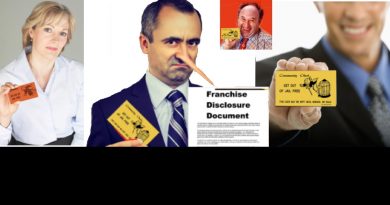