The Sometimes Spouse website lists 41 locations in 5 states and claims to be the “fastest growing handyman & household franchise in the world.”

Our review of the website and promotional YouTube videos prompted a number of critical questions about the Sometimes Spouse franchise opportunity, which we’ve submitted to the company.  We will update the blog post below when we receive their answers (and FDD).

Under the Franchise Rule, which is enforced by the Federal Trade Commission (FTC), a prospective franchisee must receive the franchisor’s FDD franchise disclosure document at least 14 days before they are asked to sign any contract or pay any money to the franchisor.

As stated on the Franchise Disclosure Document (FDD) Wikipedia page, the FDD

discloses extensive information about the franchisor and the franchise organization which is intended to give the potential franchisee enough information to make educated decisions about their investments. The information is divided into a cover page, table of contents and 23 categories called “Items”:

Twenty one of the items contain information primarily pertaining to the franchisor, but only two of the items contain information pertaining to the performance of the franchise itself that is being offered for sale. Item 19, “Earnings Claims”, is an optional disclosure under the FTC Rule and State FDDs. Item 20 provides a current accounting of the number of units that comprise the systems and reports the terminations and sale-transfers which have been applied to report the total number of units that comprise the system. Item 20 also provides the names and contact information of franchisees, current and ex-franchisees, who may be contacted for information in the due diligence process to be conducted by prospective buyers of the franchises offered for sale.”

The franchisor may provide a copy of its franchise disclosure documents on paper, via email, through a web page, or on a disc.

UnhappyFranchisee.Com has requested a copy of the current Sometimes Spouse Franchise Disclosure Document.

How many legal disputes has Sometimes Spouse had with its franchise owners?  The FTC requires franchisors to disclose certain information about pending and completed franchise-related litigation.

We have identified at least one civil lawsuit that appears to be related to the Sometimes Spouse franchise, though there could be others.

3.  Does the Sometimes Spouse FDD include an Item 19 Financial Performance Representation that substantiates its widely posted earnings claims?

The claim that Sometimes Spouse franchisees and Managing Partners can expect first-year earnings of $40,000 to $150,000 is widespread in the company’s advertising and videos.  The company also makes the representation that the founders earned enough to quit their full-time jobs within 6-12 months after starting the company.  These claims should likely be disclosed and substantiated in the Sometimes Spouse FDD under Item 19. Franchise turnover is a key consideration in assessing any franchise opportunity.  For that reason, the required disclosures in the Sometimes Spouse Item 20 should be up-to-date and carefully reviewed.

Franchise “churning” is a practice wherein some franchisors regularly reacquire failed franchises and sell them for a profit or to hide franchise failures.  Item 20 should be reviewed to detect troubling turnover whenever considering a franchise investment.

The Item 20 should also detail the number of fees paid for franchises that were sold but have not yet opened.

6.  Does the FDD list contact information for current & former Sometimes Spouse franchise owners (and Managing Partners), including those who paid a fee but never opened?

A key part of pre-investment due diligence is speaking to current and former franchise owners.  For this reason, the Federal Trade Commission (FTC) requires franchisors to provide accurate, up-to-date contact information for all current franchise owners as well as all franchise owners who left the system within the past year.

This information should be included as an addendum to the Sometimes Spouse Franchise Disclosure Document (FDD) and provided to all serious franchise prospects. 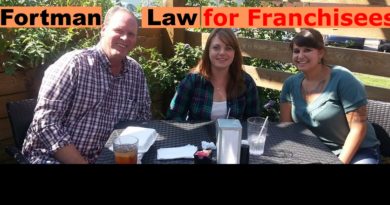 One thought on “SOMETIMES SPOUSE Franchise – A Great Opportunity?”