Rent-A-Center, the parent of rental franchise chain ColorTyme, has reached a settlement with the Washington Attorney General’s Office over claims that it harrassed and directed profanity against customers.

The the Plano, Texas based company (NASDAQ: RCII) has vehemently denied the charges but agreed to pay Washington more than $340,000 in legal fees and costs to monitor the decision, according to Attorney General Rob McKenna.

According to an article in the Puget Sound Business Journal:

“In July, the state alleged that company employees tried to kick in the door of one customer who said he’d be late with his payments because of his wife’s hospitalization. In another case, the state alleged that a woman said Rent-A-Center employees refused to leave her home after she stopped making payments, telling her that she’d be jailed for theft, scaring her daughter, and passing information to her neighbors that she wrote bad checks.

“As part of the settlement, Rent-A-Center agreed not to: speak to customers more than six times a week to discuss an overdue account; engage in violence; trespass; call or visit bankrupt customers unless authorized; impersonate other people; discuss customer accounts with other people; threaten legal action unless permitted under law; visit a customer’s workplace after being told not to visit; use profanity; attempt harassment; or ask someone other than a customer to make a customer’s payment. There were also other restrictions.”

According to the article, Rent-A-Center officials are “delighted to have the case” behind them because, in the words of their spokesman, “It’s less costly to settle than to litigate.”

HAVE YOU HAD ANY DEALINGS WITH RENT-A-CENTER OR ITS FRANCHISE ENTITY COLORTYME?  WHAT DO YOU THINK?  SHARE A COMMENT BELOW. 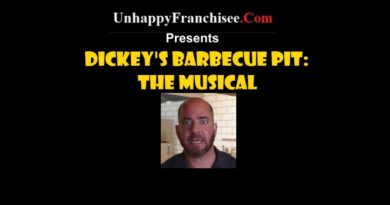