(UnhappyFranchisee.com) The Play N Trade franchise opportunity may seem like a safe, risk-free investment because of the well-known brand name, the great product and positive media hype (which includes rankings and awards from publications that survive on advertising from franchise companies like Play N Trade).

“Orlando and Misty Megia opened Play N Trade on B Street in downtown San Mateo four years ago but they are closing its doors June 26.  Spending money on video games is something people are doing less of in the poor economy, Misty Megia said.” The Daily Journal, June 20, 2011.

“Squamish Play N Trade has joined ranks with the legion of Play N Trade stores that have closed across Canada and the United States and is embroiled in a lawsuit with the California-based company.  The Squamish video gaming store closed on Labour Day weekend…”  Squamish Chief, December 3, 2010.

“Play N Trade closing doors.  Play N Trade, a retail video game store in Butte, will close its doors Saturday.  Owner Jason Manning said the business had been operating in Butte for almost four years, but heightened competition and a down economy forced the closure.  It will result in four full-time people being put out of work.” MT Standard, Wednesday, May 4, 2011

“My local Play N Trade in Alexandria, VA was apparently shut down yesterday. I had only gone to this place a few times, because frankly the people there were unfriendly, appeared to make fun of you behind your back…”  Jamisonia, Feb 01, 2011

“My local Play N Trade is going out of business. Sadly it’s the last one in the area… I frequented this store and the owner was a great guy, as is his mom. They just weren’t making money and had no choice. The sad day of close is on the 15th of September.” prot8to on Sep.02, 2010.  Graphic by prot8to.

REPORT A PLAY N TRADE FRANCHISE CLOSING OR ADD A COMMENT BELOW. 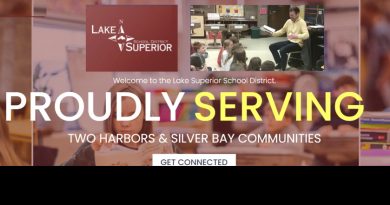