Are you familiar with the Moe’s Southwest Grill franchise opportunity?  Share a comment below or email us in confidence at UnhappyFranchisee[at]gmail.com.

Focus Brands, Inc., based in Atlanta, is the franchisor of over 3,800 locations under the brand names Auntie Anne’s, Carvel, Cinnabon, Moe’s, and Schlotzsky’s.

However, according to at least one Moe’s franchisee, the story is quite a bit different.

According to that Complaint, between 2007 and 2012, Taylor Investment filed not one but two lawsuits alleging Moe’s Franchisor, Moe’s Southwest Grill, and/or Focus Brands took “kickbacks” despite representations in two different Uniform Franchise Offering Circulars that neither Moe’s Southwest Grill nor its affiliates would derive any income from Taylor Investment’s purchases of fixtures, furnishings, equipment, signs, materials and supplies.

Such allegations are not uncommon in the franchisee community.

Anecdotes about franchisors “inventing” defaults to take over profitable locations, precipitate bankruptcies to buy prime real estate in foreclosure auctions, strip franchisees of “legacy” agreements with favorable terms, and engage in churning for initial franchise fees abound.  Synonyms for anecdotes, however, are “data” and “evidence.”

Are you a franchisee in the “Focus system” (or other franchise system) that has had its franchise agreement terminated under questionable or suspicious circumstances or is familiar with someone who has?

ARE YOU FAMILIAR WITH THE MOE’S SOUTHWEST GRILL FRANCHISE OR OTHER FOCUS BRANDS FRANCHISES?  PLEASE SHARE A COMMENT BELOW. 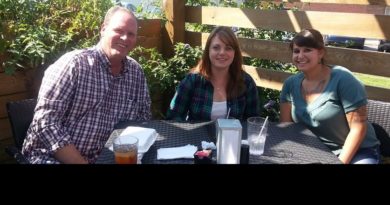