Kudos to Tuckerbox on www.mealassemblywatch.com for posting this story..

Rarely has a new retail business idea been embraced by entrepreneurs so quickly, only to fail so spectacularly, as did the “meal assembly” concept.

Never heard of it? That seems to be the problem.

In the Capital Region, no fewer than five individual stores offering the model have gone out of business. That’s out of seven — the two others, in Ballston Spa and Clifton Park — say they are still doing well.

Dinners by Design and an Independent do get honorable mentions as 2 of the remaining Meal Assembly Kitchens in the area, both who say they are “doing well”. While I hope the “doing well” part is true, the statement comes from a newly-minted second generation Independent owner that has only owned the store for a month. Dinners By Design as a franchise has been experiencing quite a shake-up lately. We certainly wish both stores continued success though.

Unfortunately, the idea just didn’t catch on — not here, and not in many other places in the country.

That would have to be the understatement of the century! It is also refreshing not to have Easy Meal Assembly/Prep “expert’s” pronouncements and outrageous quotables in this article. I am certainly glad to see a balanced article about the Meal Assembly industry.

What tickles me the most is that none of the Franchisors who are quoted here, seem to have a clue as to why the concept is a stinker.

“For some reason, the whole concept is just not doing very well,” said Dave Bellso, whose wife owns the Make & Take Gourmet chain, based in Syracuse. The two-year-old company had a store at The Crossing shopping center in Clifton Park, but closed it after a year for lack of business.

“When the industry first started, the research from the early stores showed it was a destination,” he said. “As the industry grew, that changed.”

This is the same Bellso’s that are being sued by some of their franchisees for alleged fraud and has one reported store going independent.

This is the part I like the best! Franchisors “muse” about the concept failure-while hundreds of store owners are closing their doors and losing hundreds of thousands of dollars in some cases.

Those in the business muse as to why the idea failed in so many places. Some wonder if the corporate franchise fees were too high. Or perhaps the high cost of buying and preparing food day after day made it too expensive.

Wait a minute too expensive for whom? For the store owner or the customer? This IS a food business right, whose entire marketed reason for being is touted as being a money saver for consumers? It is also a food industry that has THE highest ACCEPTED food costs I have ever seen as a culinary professional.

Maybe customers cut back due to the economy. Or maybe the concept was just not attractive enough. “Not enough people know about it,” said Teresa Shurtz, vice president of operations at Super Suppers, based in Fort Worth, Texas. Now in 42 states, the chain began about five years ago and has about 150 stores.

Super Suppers once claimed to have 270 stores in operation, that means almost 60% of their franchised stores have closed since they started franchising. In my opinion the real story is the catastrophic failure rate of Meal Assembly franchised stores.

Independents and franchised stores alike seem to be suffering from this concept failure.

Locally, closed stores besides Make & Take include the franchised Dream Dinners in Colonie, Super Suppers in Clifton Park and Dinner by Design in Saratoga Springs. The independent Dinner Me Quickly in Colonie also closed.

Fagle-Fedele is the newly minted owner of My Other Kitchen and she along with “others” continue to be stymied as to why MAK stores are continually closing.

“I don’t understand why it’s not working,” Fagle-Fedele said. “The concept is a good one. I’ve never had an unhappy customer.”

This article written by Alan Wechsler can be found at: 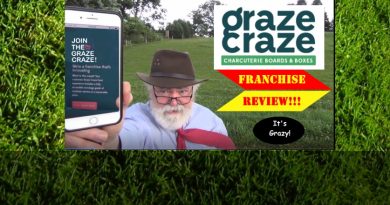