However, in this lawsuit, Petar Vavan’s Goldeneye Holdings, Inc. claims that IT is the victim of franchise fraud at the hands of Stratus Building Solutions and Stratus Executives.

Overview of the Allegations

One of the major contentions of the Goldeneye lawsuit is that Stratus Franchising execs provided illegal and grossly overstated earnings claims based on fraudulent data.  According to the complaint, Stratus execs told the Goldeneye franchise prospects that based on Stratus financial history they “projected new business generation of up to $15,588 a month by each salesperson Plaintiff would train and employ.”

In one meeting, Plaintiff was allegedly provided financial calculations “that showed anticipated new monthly billings of $9100.  Also, Defendant Frese informed a representative of Plaintiff that Plaintiff’s Orange County territory was a $30 million territory on two occasions prior to Plaintiff paying its initial franchise fee…”

In an email, CEO Dennis Jarrett allegedly stated the probable amount of new monthly billings for each Regional Director in Orange County would be $10,000.

Once Goldeneye had signed up as a Stratus master franchisee, the suit alleges, they learned that “the best-performing master franchisee was performing at less than half of the projected financial metrics the Fraud Defendants had provided to Plaintiff.”

Interference with an Employee Relationship

Other major contentions of the Goldeneye master franchise lawsuit against Stratus Franchising and its execs include allegations that Stratus interfered with both its employee and client (unit franchisee) relationships.

Goldeneye Holdings claims that Stratus Franchising, through its “Anti-Recruitment Provisions” of its franchise agreement,  is contractually obligated to take action if another master franchisee hires away employees from another master franchisee.  Goldeneye alleges that “Defendants Stratus Franchising, Jarrett, Frese, Farrell, and Ashton… participated in, approved of, and knew of and did not stop the solicitation, recruitment and hiring of a productive employee of Plaintiff who was then serving as Plaintiff’s office manager and sales agent…”

Perhaps in retaliation for the Goldeneye complaints about their stolen office manager, the master franchisee contends the franchisor launched a “nontransparent and retaliatory ‘audit’ of such customers [Goldeneye’s unit franchisees] which asked questions, made suggestions, provided potential-litigation information, and opened discussions with the intention of damaging Plaintiff’s realtionship with such customers.”

Why Would Stratus Undermine Its Own Master Franchisee?

Why would Stratus undermine its own master franchisee?  One commenter close to the situation believes Stratus Franchising conspired to kill two birds with one stone:  to enrich a favored and cooperative master franchisee, and simultaneously silence a critic &  whistleblower (Goldeneye Holdings).  He/she states:

Stratus wanted to sell the San Diego territory to another master they had a business partnership with.  Staff from Goldeneye were approached and hired away in violation of the franchise agreement.  When Stratus was questioned about their involvement in this process, Jarrett and Frese instructed Carmen Garcia (Stratus employee based in southern California – web currently shows her as Director of Master Development) to start an ‘audit’ on Goldeneye’s franchisees.

Carmen Garcia has access to all franchisee records for masters and contacted the Goldeneye franchisees directing them to a group meeting by an attorney.  Supposedly if they signed a document they would receive large sums of money from a lawsuit settlement.

The intent was to put Goldeneye out of business and stop it from questioning Stratus deceptive business practices and the involvement in the hiring of their staff.

Is Stratus Master Franchisee Goldeneye Holdings a Victim, Predator or Both?

Stratus master franchisee Petar Vavan and his Goldeneye Holdings contend that they are the victims of a deceptive franchise scheme perpetrated by Stratus Franchising LLC and its executives.

More than 50 unit-level franchisees accuse Petar Vavan and Goldeneye of running their own scam targeting Spanish-speaking immigrants, and preying on their desire to achieve the American Dream. 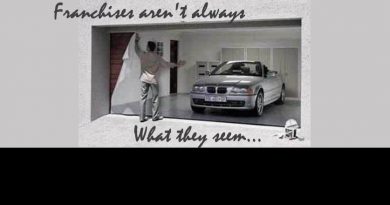