David Rutkauskas, founder & CEO of Beautiful Brands International (BBI), claims to have more than 500,000 Twitter following his tweets at @DavidRutkauskas.

UnhappyFranchisee.Com asks: Are they real people, or fake followers manufactured to create the illusion of popularity for David Rutkauskas?

QSR wrote:  “Rutkauskas has over 500,000 active followers and is ranked among top entrepreneurs including Martha Stewart, Mayor Bloomberg, and Mark Cuban.”

The article quoted David Rutkauskas, who said he was honored to have achieved such popularity as a business leader:

“I can’t tell you what an honor it is to be mentioned side by side with some very trendsetting, inspirational people,” says David Rutkauskas, BBI founder, president and CEO.

“My followers are great and they feed my inspiration as I continue to set new milestones and grow my franchises worldwide.”

Mr. Rutkauskas seemed as truly, honestly humbled as those Oscar-winning actors during their acceptance speeches:

“This has been such a great year for BBI and for me personally. I hope people will keep following my posts,” says Rutkauskas. “Twitter is really a great way to express myself and connect with people from every walk of life. I love writing about my life and business philosophy and staying engaged with everybody I come in contact with.”

According to Fake Follower Report, a timeline graph of a typical Tweeter with a large organic following (consisting of followers who were attracted over time by the quality of tweets or popularity of the celebrity) will show a gradual, steady growth in followers.

Fake Follower Report provided this example of a growth chart representing a tweeter with a legitimate, organic following: According to Fake Follower Report, the timeline graphs of those who have manipulated their follower counts by purchasing or otherwise creating fake followers will show sudden, dramatic jumps in the number of followers.

Fake Follower Report claims that an analysis of @DavidRutkauskas revealed evidence of a high number of fake followers being artificially added at very sudden, isolated points (see the red arrows, which we added for emphasis). Why WOULD David Rutkauskas Have 500,000 Followers?

We don’t know for sure, but we have our suspicions.

We ask:  Why WOULD David Rutkauskas have 1/2 million followers?

He’s not famous, and neither are his brands.

He doesn’t have a TV show, magazine or published books.

His tweets are not (Sorry, David) particularly interesting.

9For example, recent tweets include “At least the Puppy Bowl had power …” “love is the answer… ♫ Love Is The Answer – Utopia  #Spotify,” and “Thank good ness [sic] Heart is going into the Rock & Roll Hall of Fame ♫ Dreamboat Annie – Reprise – Heart  #Spotify”

@BorowitzReport is hilarious and has 439,000 followers.

@NickSwardson is more sophisticated and has 386,000 followers.

Why WOULD David Rutkauskas possibly have 500,000 followers on Twitter?

David Rutkauskas Tweets are Neither Numerous Nor Interesting

Franchise King Joel Libava is one of the most active Tweeters in this industry.  He has posted more than 50,000 tweets, and has 14,000 Twitter followers… impressive, and far short of 500,000

Entrepreneur magazine is the top magazine in the industry.  It has posted 14,160 tweets and earned 236,279 followers.

We have sent an email in advance to Mr. Rutkauskas and tweeted him the link to this post upon publication.

We have invited him to provide an explanation, clarification, defense or rebuttal, which we offered to post.

As we wait for his response, we invite you to comment below, and read more about David Rutkauskas & Beautiful Brands here: 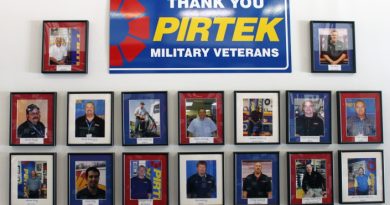 10 thoughts on “DAVID RUTKAUSKAS Are His 500,000 Twitter Followers Fakes?”