Our previous post CURVES: Franchise Resale Buyer Alleges Fraud, originally published on the Franchise Pick website, generated some strong comments.  The story was about a Curves owner who purchased an existing franchise club and felt she was defrauded by the seller.  We’ve published them here in their entirety;  feel free to add your own below.

Sounds like the owner and her relatives should take this “friend of the family” to court.

However, If the selling franchisee doesn’t disclose adequately, how can you prove this in the courts when the asset-purchase agreement will probably bear terms that wiull protect the seller from the new buyer and neither the seller nor the buyer have any recourse against the franchisor?

Churning and turning of units in large systems is hard to uncover and those who have been “churned” to great disadvantage want to pass on the problem to the next franchisee and get out from under. If they believe they have been cheated and lied to by the franchisor, or whomever they bought the unit from, they rationalize that this is only fair, etc..

It is my opinion that a resale of a franchise does present better possibilities of doing better due diligence on the deal because you can demand to see the P&L Statements and the Business Tax Statements, etc… as a condition of purchasing the franchise.

As for recourse against the seller, read the terms of the contract. Could the seller be taken to court for “fraudulent inducement to contract” in a State Court if it could be proven that they intentionally misled and cheated the new buyer?

We know the franchisor is protected by public policy and the FTC Rule and the State UFOC/FDD from claims of fraudulent inducement to contract, but what about the owner of a franchise who commits fraud in the resale of the unit. Can the victim get satisfaction in the State Courts? I don’t think so but I’m not an attorney —just an observer of rhe law.

Another lesson of this story is to check your credit card or bank statement carefully each month. Hundreds of women paid $29.00 every month to “merchant” without verifying what the charge was for. Amazing.

Sean, there are so many things wrong with how this person went about their due diligence, it’s hard to figure out where to begin. First, if they were making $300-400k a year based on their tax return, the $350k price tag on the franchise was way too low.

Second, not requiring the seller to put at least a piece of the price into escrow is probably a trap that most people fall in to. If a seller has no problem putting a portion into escrow (paid for by the buyer and with some sort of interest on the funds to go to the seller if nothing was wrong), then there is probably a good case that they are being completely honest. Someone that doesn’t agree to this is probably ‘hiding’ something in the sales process.

I’m guessing that the buyer did not review any contracts or the appropriate files, if they knew that some contracts were ‘cancelled’ the price might have been less. Plus, this is something that could’ve been covered in an escrow agreement.

My guess, is that the buyer looked at the tax returns and didn’t do much additional research, and found out too late that the club wasn’t as good as shown. As for fraud, you’d have to prove that they intentionally misrepresented facts, which it sounds like they didn’t.

I’ve heard one year’s revenue is a good selling price.

It is all about proper due diligence, seller’s disclosures, some seller financing (for insurance), and getting a second opinion from some qualified experts. What an amazing valuation methodology that defies all logic and reference to CASH FLOWS and an assessment of future revenue…….

How would the new owner have known the old owner was still billing members who had quit? I think the new owner’s got a good case.

You would think so, but you can’t win a fraud case like this. The seller sold 500 members per club. She was drafting 500 members and bringing in the income for 500 members. The buyer bought the assets. Yes, the seller was drafting deceptively, but it’s not against the law. Id this went to court, a judge would say, “The amount was coming out every month, it’s not the sellers fault, the women should have noticed it.” This is the problem. If there was a law that didn’t allowing drafting in this way, the buyer wouldn’t be in this situation.

To all curves owners who have had problems with curves International and Gary Howie Havein please send your complaints to the BBB of your city and Waco TX. As well as the attorney general of your state and TX. And the federal trade commission. Below are web links where you can file the complaints on line.

Will the lawsuit get rid of Gary, but Curves will go on. If so, should we hold on, in hopes that in due time, we may be able to make the money we need to pay off our debt?

Jd, the seller made $400k profit in the first 2 years of owning the clubs, which means the seller made $200k profit each year, for 2 years. The buyer believed they had purchased 2 clubs with 500 members each, who knew they were paying for their membership. As the buyer in the article states, “When we bought the clubs, we switched from paper drafts to an electronic drafting system. A month later we started getting calls from women who were threatening to sue us for taking money from them without permission. I explained that I was the new owner, that they were still under contract, and based on my knowledge, the previous owner was drafting them when I bought the clubs. They argued with me and said they had cancelled their contracts, and they had not been getting drafted from Curves until we started drafting them. I asked them to bring in a bank statement from any month prior, and the current months statement. When they brought in their statements, we discovered that the previous owners draft was coming out as “Merchant”. They didn’t realize they were being drafted until they saw our “Curves” draft. Over the next 3 months, we had over 300 women cancel in each club.”
I don’t believe any amount of research would have given the buyer access to the fact that the previous owner was drafting these women deceptively. The seller would have had to mention this. Obviously, she didn’t.

I wish I had a crystal ball and could answer that question. It has been on many owners mind and we are all hopefull that things will change as most owners love helping women reach their fitness goals. Only time will so if you decided to go on you should at least go to the yahoogroupcurvesowners site as they are a good resorce to help you stay open. Good Luck and God Bless you and your family.

Read other comments on this story here: 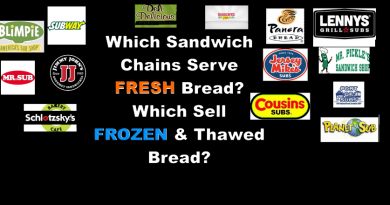